HOW FINLAND IS COMBATTING COVID-19 has been a focal point of international coverage this week, as dogs arrived last Tuesday at Helsinki Airport as part of a pilot scheme for checking passengers who may be infected with coronavirus.
Studies have suggested that trained dogs are able to distinguish between people who are infected, and those that are not, through urine and saliva samples.
A canine army of 16 has been assembled, where test results can be delivered as quickly as within ten seconds.

Also in the news was the banning of a Neo-Nazi group the Nordic Resistance Movement. The Finnish Supreme Court shut them down on 22 September, on the grounds of preserving the good of society.
The Court also found that the Nazi alliance had violated human rights and equalities.
There was also coverage of how 14 unaccompanied minors who were asylum seekers were relocated to Finland from Cyprus.
Finland offered to house the youngsters in a gesture of solidarity, and being responsible for a fair share intake of vulnerable migrants, as Cyprus has taken in a significant number already.
The iconic Finnish Long Drink or “lonkero” is set to find itself as part of the cocktail-in-a-can market in Texas.
It was a beverage that was first introduced during the 1952 Helsinki Olympics quenching the thirst of all visitors for the games.
The drink is a combination of grapefruit soda and gin, and may capitalise on the growing popularity of gin around the world.
Meanwhile, age really is but a number as research has found that 70 to 80 year-olds in Finland have been found to be much healthier physically and mentally compared to 30 years ago.
In Finland, life expectancy has now climbed over 80. Researchers carried out mental and physical tests that were used nearly three decades ago, it was found that significant improvements were made in grip strength, walking speed, and forced exhalation.
Finland Using Dogs In Helsinki Airport To Sniff Out Covid-19
Dogs arrived at Finland’s Helsinki Airport on Tuesday for their first day of work checking travelers for Covid-19 as part of a new pilot program which—if it’s as successful as preliminary research suggests—could present a widely employable method of coronavirus detection.
Multiple studies have indicated that trained dogs are able to successfully discriminate between infected and non-infected human saliva or urine samples, with German researchers finding dogs could determine Covid-19 with 94% accuracy within a week of training.
Original article was published by Forbes on 22.09.2020 and can be found here 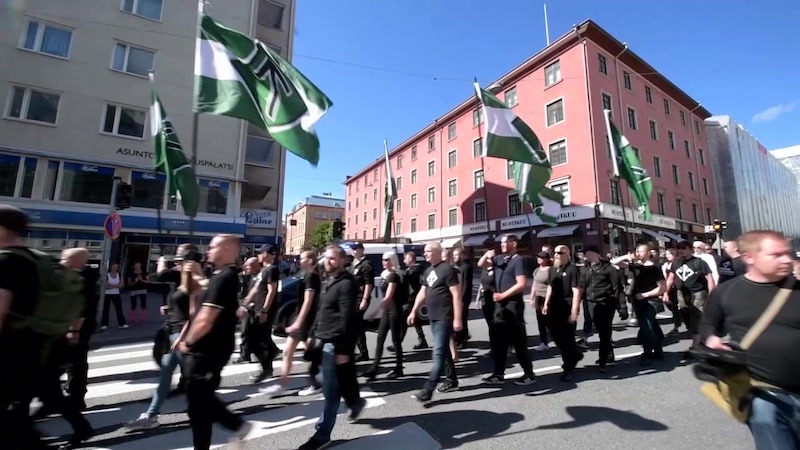 Nordic Resistance Movement members and followers march in Turku on 18 August 2018 / Lehtikuva
Neo-Nazi group banned in Finland
Neo-Nazi group banned. Neo-Nazi group Nordic Resistance Movement (PVL) was ordered to shut down to preserve the general good of society, the Finnish Supreme Court said on Tuesday (22 September).
The Court found – after a series of appeals in the lower court – that the group had repeatedly violated the law and acted against the accepted moral codes such as human rights and equality, though the movement has defended its existence and actions with the principles of freedom of speech
Original article was published by Euractiv on 23.09.2020 and can be found here 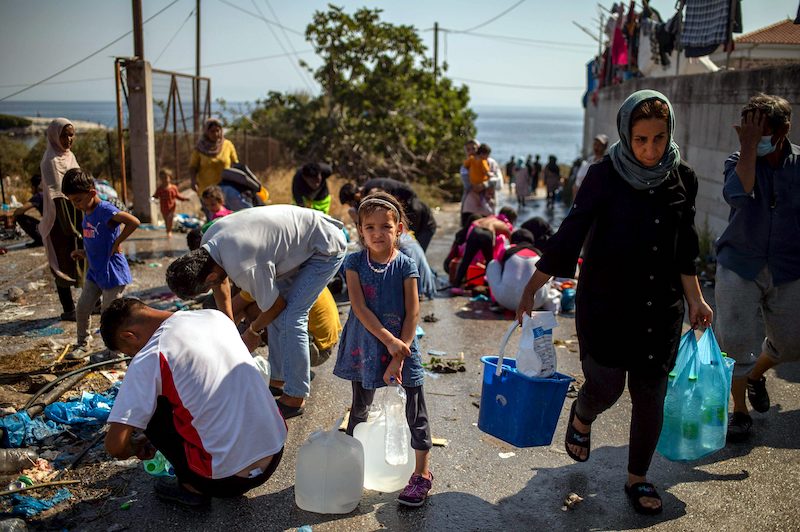 Refugee families in Lesbos after the Moria camp was destroyed by a fire on the night of September 8 /Lehtikuva Angelos Tzortzinis
14 unaccompanied minors relocated to Finland
Fourteen young asylum seekers, all unaccompanied minors, were taken from Cyprus to be relocated in Finland as part of efforts to facilitate their humanitarian situation, it was announced on Monday.
According to an announcement by the interior ministry, 90 per cent of the project is co-financed by the Asylum, Immigration and Integration Fund 2014-2020 of the European Union and 10 per cent by the government of Cyprus.
Original article was published by the Cyprus Mail on 21.09.2020 and can be found here 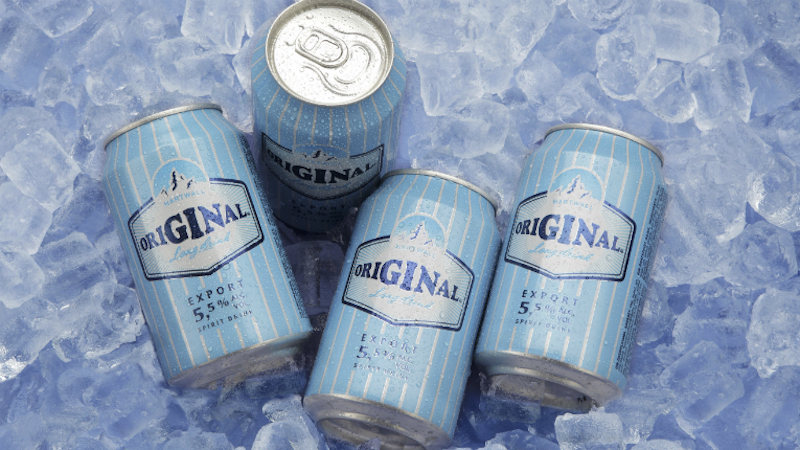 Original long drink (Lonkero) image: Hartwall
The Finnish Long Drink is a refreshing, bubbly taste of Finland in a can and better than most hard seltzers
As the cocktail-in-a-can market continues to explode, it was only a matter of time before international flair wound up on shelves in Texas. The Finnish Long Drink, a relative newcomer to the game, has translated a favored beverage from Finland into an easy, bubbly pop-top sipper that’s worth a try.
The long drink, or “lonkero” in Finnish, has an interesting history. It was first introduced to quench the thirst of a massive influx of visitors to Finland during the 1952 Summer Olympics held in Helsinki
Original article was published by the San Antonio Express News on 22.09.2020 and can be found here
Older People Are Physically And Mentally Fitter Than 30 Years Ago, Says Finland Study
New research from Europe has found older people are generally living longer and healthier lives than the previous generation.
Today, 75- and 80-year-olds in Finland appear to be physically and mentally fitter than they were 30 years ago.
Over the last few decades, human life expectancy has increased by an extraordinary amount. The average person born in the 1960s lived to around 52 - in Finland, they can now expect to live to over 80.
Original article was published by Science Alert on 23.09.2020 and can be found here.
Peter Taberner - Helsinki Times