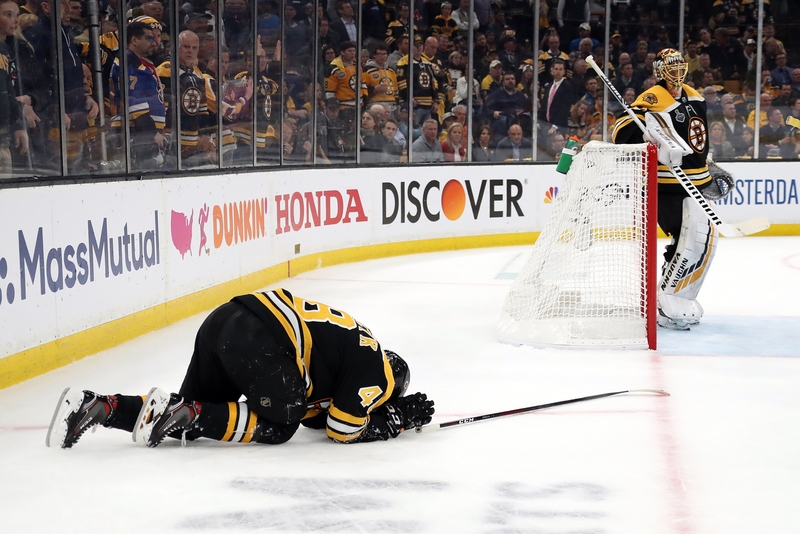 FINLAND CAPTURED THE ATTENTION of sports desks around the world this week following their stunning victory at the world hockey championship finals in Bratislava. Much of the focus was on how Finland managed to beat firm favourites Canada despite not having a single NHL player on their roster, something which has only happened once before in the history of the tournament.

In other news, Finland’s commitment to phasing out fossil fuels completely within the next decade has prompted one publication to speculate how the country will be able to meet skyrocketing energy demands in the future.

Meanwhile, a popular British broadsheet ran an op-ed about Finland’s so-called ‘quiet culture’, and how globalization is threatening Finnish silence.

Finland’s roster for the world men’s hockey championship included zero players who finished the 2018-19 season on an NHL team. Didn’t matter, the Finns knocked out the last three nations to win world titles en route to their first gold since 2011.

Finland beat Canada 3-1 in Sunday’s final in Bratislava, Slovakia, getting two goals from captain Marko Anttila, a 2004 Chicago Blackhawks draft pick who plays in the KHL (and has never played in the NHL). Anttila also scored the lone goal in Saturday’s semifinal with Russia.

The most notable name on Finland’s roster may be its youngest. Forward Kaapo Kakko, 18, could be the No. 2 pick in the NHL Draft behind American Jack Hughes.

Finland became the first nation to win a world title without a player who finished the season on an NHL roster since at least 1993, not counting the 1995 and 2005 lockout years. The NHL didn’t participate in the Olympics until 1998.

The Russians had stalwarts Alex Ovechkin, Evgeni Malkin and Ilya Kovalchuk but were blanked by Finland in the semifinals and ended up with bronze over the Czech Republic. They eliminated the Patrick Kane-captained Americans in the quarterfinals.

Original article appeared in NBC Sports on 26/05/19 and can be found here.

After coal, forest-rich Finland will need to import biomass to keep warm

Finland faces having to import biomass because, despite being Europe’s most densely forested country, it will be unable to meet an expected 70% rise in demand for the fuel after it phases out coal.

Finland approved in February banning the use of coal in energy production by May 2029, which means utilities will have to find alternatives to keep Finns warm as coal currently accounts for around 20% of the energy used for household heating.

As there are limited plans to use more gas to produce heat in Finland, and other sources such as solar and geothermal energy are not yet commercially viable, using more biomass is seen as the most economic way of meeting the country’s future energy needs.

Estimates shown to Reuters by Poyry consultancy - which advises the government on energy, industry and infrastructure needs - calculate that Finland will need 64 terawatt hours (TWh) worth of biomass in 2030 just for energy production, up from 38 TWh currently.

Domestic supply of biomass on the other hand, is forecast to grow by only 8 TWh between now and 2030, according to Poyry.

As a result, Poyry says the country will have to import biomass as well as improve forest management and ensure greater utilization of harvest residues.

“It’s slightly awkward that Finland would run an energy policy that we will make us a net importer of biomass. We are a forest country,” said its head Jukka Leskela.

Forests cover three quarters of Finland’s land, but the country’s limited tree harvest quota is mostly reserved for the pulp industry and the government would be unable to add much more supply for energy use.

“The pressure is to limit the use of (domestic) wood... Ιt is normally used in the regions where there is a lot of wood and fewer people but now we are talking about towns with very little forest and many people. It is evident that we need imports,” said Riku Huttunen, head of Finland’s energy department, which is part of the ministry of economic affairs and employment.

The logistics of moving biomass from northern Finland was also a limitation, he said, as shipping from neighboring countries was cheaper for utilities.

Such imports could come from other countries around the Baltic coast, including Russia, from where Finland is already sourcing some of its biomass, said Leskela of Energia.

That is despite pressure from the European Union on its member states to reduce their energy reliance on Russia.

Energia’s estimates show biomass will account for nearly 60 percent of the fuel mix in Finland’s combined heat and power (CHP) plants in 2030, up from less than 30 percent currently.

Finland has seven CHP plants in operation that use coal either as primary or stand-by fuel for residential or industrial purposes. Owners include power giant Fortum, Pohjolan Voima and Helen, among others

In addition to biomass, the country will also make greater use of heat pumps, excess heat from data centers as well as heat storage solutions, industry executives said.

Original article appeared in Reuters on 28/05/19 and can be found here.

Small talk is cheap: Finland could teach us the art of keeping quiet

Few people admit to being skilled in the art of small talk. It’s like saying you’re good at sleeping, or claiming to be highly lactose tolerant – it’s nice, but it’s no accomplishment. They don’t do medals for it.

Imagine, then, having to learn small talk the hard way – at school. In Finland, the concept of idle chit-chat barely exists; Finns report being surprised when total strangers try to engage them in conversation at airports. But as the global economy brings the world to their doorstep, some Finns have begun to take lessons, in classrooms or from private tutors.

For some of us, Finland already sounds like a utopia, a land of silent haircuts and hushed public spaces. Britain does not exactly overflow with spontaneous conversation between strangers – why speak when the lift is moving? If it gets stuck, then we’ll have something to talk about – but in Finland they have reserve in reserve. It’s not a lack of etiquette. It is the etiquette.

It seems a shame to break such lovely, wintry silence, especially when you consider what it is being filled with. Imagine having to be taught to trade pleasant inanities. According to the Wall Street Journal, this is what former small talk tutor Karla Nieminen told her Finnish pupils: “Lower your standards; not every conversation you have has to be clever. You can comment on food, any music that is playing, even the weather.” She is hardly making it sound desirable.

In the US, the land of my birth, visitors often find themselves assailed by pleasantries, but it’s not that bad once you realise your interlocutor is prepared to do all the heavy lifting. A smile and a few phrases such as “Well I’ll be!” can get you through an hour of small talk without you having to make any real contribution.

In the UK, I have found, more is required in the way of exchange. That’s why I am always prepared to tell perfect strangers how incredibly lactose tolerant I am. If need be, I will show them the paperwork that proves it.

Original article appeared in The Guardian on 29/05/19 and can be found here.