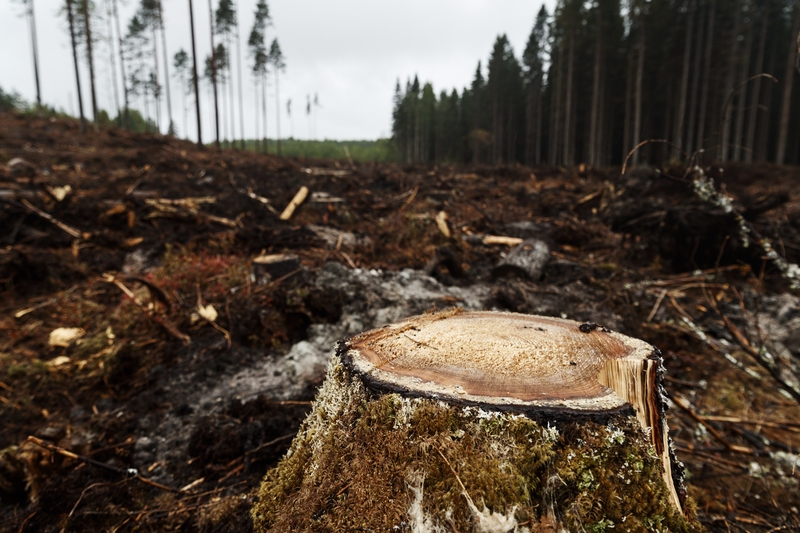 ONE WIDELY-SHARED ARTICLE in the world press this week came from a popular science magazine which revealed that despite Finland’s efforts to fight climate change, the country is actually warming up at double the global average rate. They also interviewed Finland’s former environment minister to get her thoughts on the looming ecological catastrophe.

In other news, tech pundits and publications have been focusing heavily on the impending rollout of drone deliveries in Eastern Helsinki. The drones, which are operated by Google’s parent company, will be delivering upscale groceries and takeout food in the Vuosaari area of the city, one of the first such rollouts of its size in the world.

There has also been increasing coverage of Helsinki upcoming Biennial Art Festival, which aims to replicate the success of similar modern art fairs in Miami, Venice, and New York.

Finland is warming at twice the global rate

Finland is a country of fascinating and stark contrasts — long and glittery summer nights and short, snowy winter days, the midnight sun and the winter darkness. The country earned its nickname, the Land of the Midnight Sun, because of the sun that doesn’t set at all in its northernmost parts during summer months. Finland is a land of islands, boasting some 187,888 lakes, and is believed to be one of the most extensive and unspoiled natural environments in Europe.

However, Finland has been affected by global warming and climate change in its own ways. The Finnish Meteorological Institute has projected that in the near future, temperatures will rise, precipitation will surge, snow cover and soil frost will reduce, cloud cover will increase, sunshine will decrease and sea level in the Baltic Sea will rise. June 2017 was the fourth warmest in 137 years.

In 2015, Finland’s national Climate Change Act entered into force, laying down provisions on climate policies and monitoring the implementation of climate objectives. The long-term greenhouse gas emission reduction target set by the legislation is aimed at 80% by 2050. The Ministry of the Environment is tasked with multiple responsibilities to mitigate the impacts of climate change on Finland.

In this edition of The Interview, Fair Observer talks to Satu Hassi, Finland’s former environment minister, about the northern European nation’s fight against climate change and its government’s policies to tackle global warming.

Original article was published in Fair Observer on 21/05/19 and can be found here.

Wing will start making drone deliveries in Finland next month

Wing, the Alphabet-owned drone startup, will launch a delivery service in Finland’s capital Helsinki next month. The trial will make deliveries to residents in the city’s Vuosaari district, which Wing notes is the capital’s most populous area. The service will offer products from two shops: the gourmet supermarket Herkku Food Market and local restaurant Cafe Monami.

When Wing first announced its intention to launch a trial in Finland, it said that delivery flights would cover a maximum of 10km with packages weighing 1.5kg or less, and with delivery times expected to be around 10 minutes. Since making the announcement, Wing has been running test flights in Teisko, a municipality to the north of Helsinki, to ensure that its drones are up to the task of flying in harsh conditions.

Wing says it’s been hosting community events in Vuosaari to prepare local residents for the drones that will shortly be flying over their neighborhood. However, the company’s drones have been criticized in the past for the amount of noise they produce. During a trial period in the Australian capital of Canberra, some residents told ABC News that they could hear the drones flying overhead even with their windows closed.

While Wing goes from strength to strength, Amazon’s competing Prime Air delivery service has gone quiet. Despite a much-publicized drone delivery made in the UK in 2016, and another delivery in the US in 2017 we haven’t heard much from Amazon’s drone efforts in recent years. Last year, an Amazon spokesperson said it remained “committed” to making drone deliveries a reality.

Original article was published in The Verge on 17/05/19 and can be found here.

The verdant Finnish capital celebrated for its parkland, forest, lakes and islands is set to raise its prominence in the world of contemporary art by hosting the first ever Helsinki Biennial on an island off Helsinki city center. The inaugural edition of this new international exhibition will run from June 12th to September 27th, 2020, on the heritage-rich island of Vallisaari.

The major exhibition is designed to provide a platform for showcasing the diverse Finnish art scene, while also forging a greater connection with the global artistic landscape. Each edition will feature new site-specific commissions by leading artists from around the world. The curatorial concept for the first edition is yet to be announced but it will be tied to Helsinki’s maritime roots.

Just a 15-minute boat trip from the city center, the former military island of Vallisaari is the ideal setting for the biennial to express this side to the city’s identity. Having only opened to the public in 2016, the island distinguished by its history and remarkable biodiversity. To reflect this contrast, the biennial plans to address the evolving relationship between humanity and nature.

The new biennial is being presented by major local institution Helsinki Art Museum (HAM), directed by HAM director Maija Tanninen-Mattila and curated by HAM’s head curators, Pirkko Siitari and Taru Tappola. As well as being one of the leading art museums in Finland, Helsinki Art Museum takes pride in exhibiting artworks in public space across the city. Recognised for playing a crucial role in supporting the city’s public arts, the institution is the ideal host for this major public art event.

Finland has long had a reputation for world-class architecture and design. Following on from the recent openings including Amos Rex Art Museum, the Biennial promises to enhance this reputation in arts and culture by developing Helsinki’s art scene on a grass-roots level as well as in its institutions.

Helsinki’s Mayor, Jan Vapaavuori, elaborates: “The civic approach to culture and architecture sets Helsinki apart. The city recognises the value of a vivid and forward-looking art scene that champions local contemporary art and its relationship with the global community.

The biennial will illustrate the unique characteristic of Helsinki and the surrounding archipelago. It also highlights our commitment to art, architecture, design and urban culture in all its forms. The biennial will open up new worlds to anyone who visits Helsinki.”

Original article appeared in Forbes on 22/05/19 and can be found here.