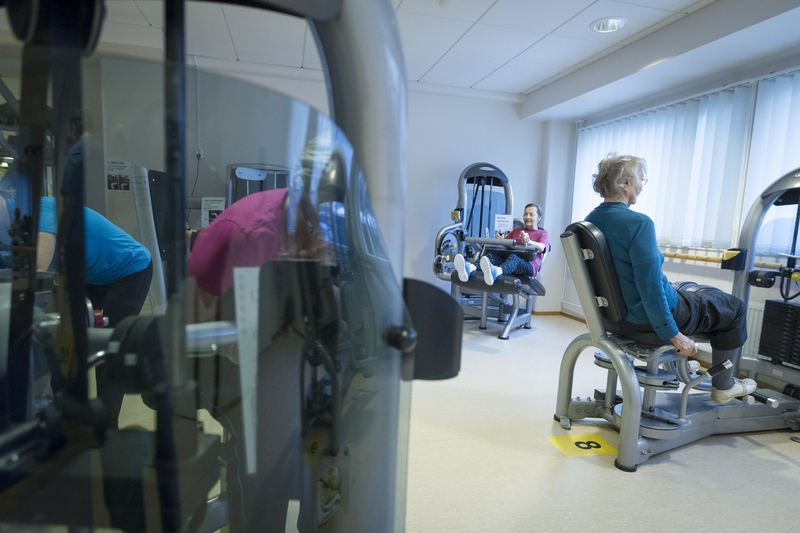 IN THE AFTERMATH OF THE ELECTIONS intense coverage has been afforded to the issues that Finland’s incoming government faces. While many publications have highlighted the falling birth rate as a major concern, this week one international outlet went as far as describing Finland as ‘Europe’s Japan’, stressing that decades of ‘stagflation’ and decline lie ahead if current trends continue.

Meanwhile, one popular culture magazine ran a long read on how Oulu’s fortunes have revived in the aftermath of the Nokia collapse, with tech startups and small businesses moving in to fill the gap left behind by Finland’s largest company.

In other news, a study recently revealed that Finland is Europe’s largest consumer of recreational drugs purchased on the dark web, slightly edging ahead of the UK, a country which has long been the overall highest consumer of illegal drugs in Europe. A major British tabloid gave their own interpretation of the findings.

Antti Rinne won a general election promising to fix Finland's welfare state. The big challenge now facing the prime minister-elect is how to defuse the demographic time bomb that's ticking underneath it.

Finland has one of the most comprehensive welfare states in Europe. As in Nordic neighbor Sweden, taxpayer-funded health and social care and schooling are the norm.

But its population is aging faster than most of Europe. Official projections show that Finland’s falling birth rate means the proportion of citizens of working age, 15 to 64, will fall from its current 62 percent to 60 percent by 2030, and to 58 percent by 2050.

By 2050, the working-age population will have decreased by 200,000 compared with today in a country of around 5.5 million.

This will have serious repercussions for state finances, according to officials. Fewer workers will be paying in to public finances while an increasing elderly population will be taking more out.

The challenge for Finland and for Rinne, whose Social Democrats secured a narrow victory in April's election, is of broader interest because, while the country is aging faster than its neighbors, some of them aren’t far behind. Countries across Europe, from Germany to Italy to Portugal, are also set to see the proportion of elderly citizens in their populations rise.

“Finland certainly serves as a bellwether for Europe regarding its demographics,” said Bert Colijn, an economist specializing in the eurozone at the Dutch bank ING, in a recent analysis.

Official statistics show the birth rate in Finland is already falling and has done so in each of the past eight years. In the South Karelia region, in Finland’s east, close to the Russian border, the fall in the birth rate was 11 percent last year.

The concern for Finland, and for the rest of Europe, is that their future will replicate the economic present of the world’s most aged society: Japan.

There, economic growth has slowed to a standstill and strenuous fiscal and monetary policy efforts by the country’s leaders have yet to reenergize the economy.

“Finland is now facing problems similar to those with which Japan has already struggled for more than a decade,” the Finnish central bank said in a 2016 report. “The population is aging, and slow economic growth is not generating sufficient funds to cover growing public expenditure; general government debt threatens to become unsustainable.”

The Finnish central bank said Japan’s experience shows that postponing decisions on reforming the structures of the economy too far into the future may lead to reduced growth and employment, with resulting high costs.

Original article was appeared in Politico on 13/05/19 and can be found here.

Surviving Nokia: How Oulu, Finland rebounded from the collapse of its largest employer

While the collapse of Nokia’s once-mighty cell phone business made international headlines, perhaps no community felt the impact more than Oulu, Finland.

The city was a major stronghold of Nokia’s research and manufacturing. A place small enough that many people either worked for Nokia or one of its network of local suppliers, or knew someone who did. In such a place, the titanic shifts in market share or mobile technologies were not just abstract chitchat about disruption, but a potentially fatal blow to the community.

Which makes the current state of Oulu somewhat miraculous. Rather than crumbling, Oulu has staged a remarkable reinvention. More than five years after the worst of the Nokia layoffs, tech employment is higher than ever thanks in large measure to a growing number of startups that have taken root here.

That resilience was the result of an aggressive response that brought together local government officials, universities, and entrepreneurs. It’s a model worth understanding for other regions that have faced, or will inevitably face, the tumult that comes when digital shifts upend legacy economic engines. In Oulu, the result of this swift action has led to a conventional wisdom that would have been unimaginable six years ago.

“Without the story of Nokia and mobile phones and how it ended, we would not have this mobile industry here,” said Juha Ala-Mursula, director of BusinessOulu, the city’s economic development agency. “Today we can say that Nokia’s problems were the best thing that could have happened to us.”

The first was the deep bench of talent in the area of radio signal engineering, a cornerstone of mobile technologies. And the second was the large base of life sciences and health care research being conducted in the region. The pair seemed to form the ideal foundation to encourage digital health startups that would need people with medical experience as well as connectivity experts.

The city pulled in players such as Oulu University Hospital (OYS), the University of Oulu, and various local research centers and initiatives already under way. Together, they created a broad program dubbed OuluHealth.

“People want to lead healthier lives,” said Minna Komu, network director of OuluHealth. “We have the skill set in this city to do that. So why not provide and tools and the toys they need?”

Original article appeared in Venture Beat on 10/05/19 and can be found here.

England purchased more drugs on the dark web than any other country in the world except Finland, figures show.

More than one in four recreational drug users admitted ordering substances on the encrypted network in the last 12 months.

It marks a four per cent jump in dark web purchases compared with 2018, according to the study looking at more than 120,000 substance-users worldwide.

The most popular drugs ordered on the dark net were MDMA, LSD and cannabis, followed by amphetamines such as speed and ADHD medication Adderall.

Although less common, large increases were seen in the purchase of psychedelic drugs including DMT, ketamine and 2-CB over the last five years, the Global Drug Survey found.

England came only second to Finland, where almost half - 45.2 per cent - of the drug-using population said they'd bought illegal substances from the dark web.

Elsewhere, the number of purchases on the dark web plummeted from 18.1 per cent to 11.9 per cent in the US - following a crackdown on online drug dealers by the FBI

The same survey also found England’s MDMA users to be some of the world’s biggest dosers, taking 40 per cent more on a single day of use than the global average.

Users in England take half a gram of MDMA powder - or 1.4 pills - compared to 0.3grams and one ecstasy pill globally.

Original article appeared in Daily Mail on 16/05/19 and can be found here.