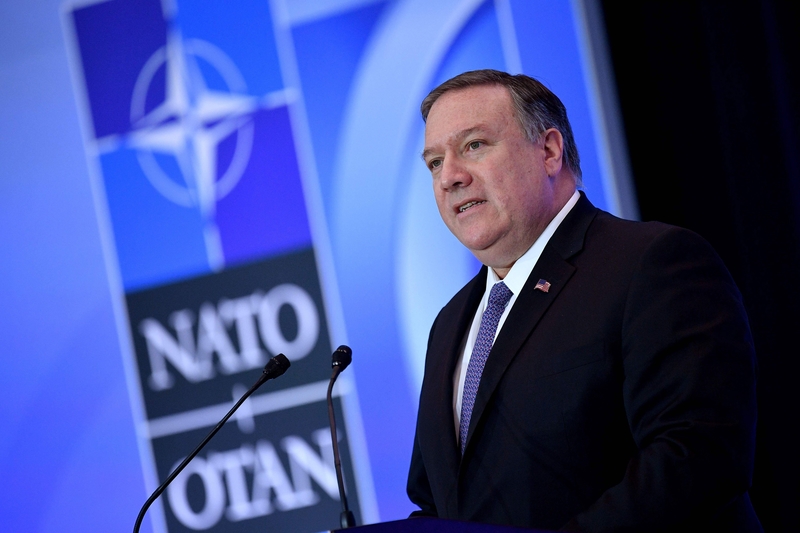 A MAJOR NEWS STORY in the international press this week concerned Thursday’s announcement that US Secretary of State Mike Pompeo will be heading to Finland to participate in the 22nd annual meeting of the Arctic Council on May 7.

Some fear that the Council, which is largely planning to discuss issues relating to global warming, will have these concerns dismissed by the US delegation, who would rather discuss military strategy in the region in the light of a looming threat from Russia.

In other news, Finland is about to become one of the first countries in the world to have an official governing body regulating cryptocurrency transactions. The Act on Virtual Currency Providers comes into force next week and will force coin exchanges to submit to strict regulatory standards.

Meanwhile, the BBC has released a short documentary on a group of schoolchildren from the town of Ii in northern Finland, who they have dubbed “the next generation of climate heroes.

Secretary of State Mike Pompeo is scheduled to visit two places in the Arctic in the coming days, where it could be extremely difficult to ignore or downplay the reality and consequences of human-caused global warming.

Why it matters: The Arctic is warming at more than twice the rate of the rest of the globe, setting in motion a transformation of a once-frozen region into a new state. Melting sea ice is quickly making the Far North more accessible, and marine traffic from container ships and cruise vessels is becoming more common, particularly in Russian and Canadian waters. As one of 8 Arctic nations, the U.S. plays a key role in setting policy for the region.

The big picture: On May 7, Pompeo will be in Rovaniemi, Finland where he will join foreign ministers from other Arctic nations to discuss issues of concern in the region within a forum known as the Arctic Council. Finland, which is hosting the meeting, has set an agenda that puts climate change high on the list of priorities.

But, but, but: Pompeo is likely to be more interested in regional security issues, given a recent Russian military buildup and growing interest in Arctic oil and gas resources. China, too, has been increasingly eyeing the Arctic.

"There has been a sustained effort by US military and Coast Guard officials to re-frame the issue of climate change in the Arctic as a security challenge," says Malte Humpert, the founder and senior scholar at The Arctic Institute.

"This avoids the political pitfalls of having to talk about climate change and jumps straight to talking about security implications."

The U.S., Humpert says, wants to demonstrate that it will "not surrender control over the region to Russia and China," as sea ice melts and the world heads toward a newly accessible Arctic Ocean each summer, and much thinner ice cover at other times.

The context: The U.S. under President Trump has vowed to pull out of the Paris Climate Agreement, and has been pursuing policies aimed at boosting its production of fossil fuels that lead to planet-warming greenhouse gas emissions.

The U.S. has also deemphasized Arctic diplomacy by eliminating the position of a special envoy for the region, while also seeking to boost its military presence in the region.

Original article appeared in Axios on 02/05/19 and can be found here.

Finland’s president has approved a law to regulate cryptocurrency service providers including exchanges, custodian wallet providers, and issuers of cryptocurrencies. The law will enter into force next week. Crypto service providers will need to register with the country’s Financial Supervisory Authority and meet statutory requirements.

“The Act on Virtual Currency Providers enters into force on 1 May. In accordance with the act, the Financial Supervisory Authority (Fin-FSA) will act as the registration authority and supervisory authority for virtual currency providers.”

The Fin-FSA explained that registration is required for “virtual currency exchange services,” “custodian wallet providers,” and “issuers of virtual currencies.” These providers must comply with statutory requirements. For example, they must be reliable and able to hold and protect client money. They must also segregate client money from their own funds and comply with AML and CFT regulations

“All EU member states must include services related to virtual currencies within the scope of AML/CFT legislation by 10 January 2020.”

Further, registration with the Fin-FSA does not allow the service provider to operate in another EU country as each member state has its own law that must be followed.

Prior to the president approving the law, Helsinki-based crypto marketplace Localbitcoins announced that it had been working on improvement measures to conform to the new regulation and had launched “a new account registration process where users can verify basic information already during sign-up.”

Original article appeared in Bitcoin News on 28/04/19 and can be found here.

The town of Ii in northern Finland wants to be the world's first zero-waste community.

They stopped using fossil fuels - and the municipality is reducing CO2 emissions faster than any other community in Finland.

Since 2012 they've invested heavily in geothermal, solar and wind energy projects that have paid off: they now generate a profit of half a million euros a year.

They believe the key to successful climate action is education from a very young age. So how is Ii raising an environmentally conscious generation?

Original article appeared on BBC on 28/04/19. You can watch the full documentary video here.