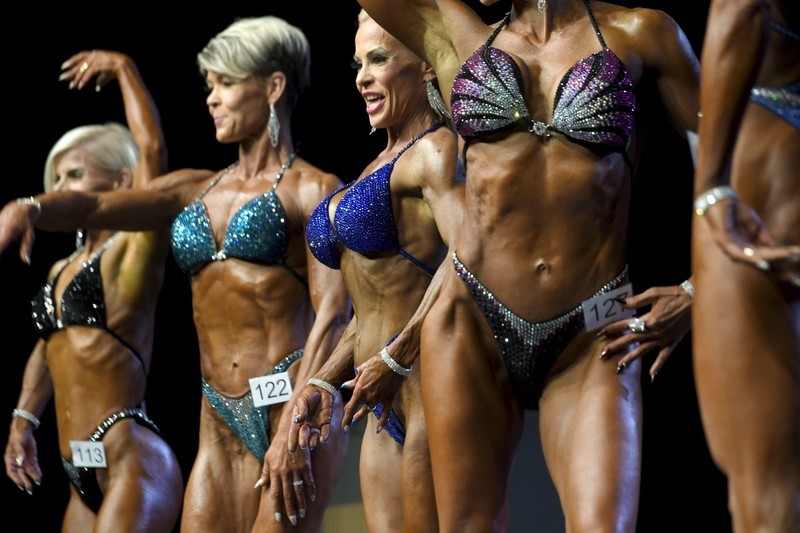 ONE OF THE MAJOR STORIES concerning Finland in the international press this week was the revelation that it is officially the fittest country in the world, according to the latest rankings by the World Health Organization.

The country was tied with Uganda this year for having the most physically fit population, with the WHO citing a three-decade cultural shift that has resulted in Finns eating more vegetables, exercising more, and smoking less. Interestingly, the rankings were unveiled on the same day that a FinHealth study found that over half of young Finnish men and a third of young women are overweight, the highest level in recorded history.

In other news, the culture and lifestyle sections of various broadsheets have been focusing on Helsinki’s emergence as a major foodie destination, with one outlet describing the city as “the next Copenhagen”, a nod to the Danish capital’s influence on the ‘New Nordic Cuisine’ movement.

Finally, foreign policy hawks have been paying increasing attention to China’s latest activities in Finland and the wider Baltic Region, expressing concern that planned funding and infrastructure initiatives are a way for China to gain political leverage in Finland.

Finland wasn’t always so in shape. Back in the 1960s, the country had the worst male heart-disease rate in the world. Then, in the 1970s, Finns got serious about working out, eating right, and smoking less.

Finns are now smoking much less than they used to, and they have also changed their diets.

"Finnish men used to say vegetables were for rabbits, not real men, so people simply did not eat vegetables," Pekka Puska, director of the National Institute of Public Health in Helsinki, told the Guardian.

That's not the case anymore.

Finnish people are generally very active: 56% of adults (from 30 to 64 years old) get at least an hour of moderately intense physical activity per day, according to the WHO.

Finns don't let the bitter cold of the Arctic Circle keep them from getting their hearts pumping outside year-round. That emphasis on exercise is also a key part of the turnaround in Finnish heart health.

Finland even invented a new sport called "Nordic pole walking" in the 1960s.

"The skis and poles at the school where I was teaching were in very little use, so I decided to take the opportunity to use the poles in a more versatile way," Leena Jääskeläinen, one of the very first pole walkers, said in an interview with the International Council of Nordic Walking.

Finnish employers want their workers to stay fit. Finnish companies spend an average of $220 a year per employee on physical activity, providing saunas, workout facilities, and gym vouchers, according to NPR.

Finland's Institute of Occupational Health is dedicated to improving Finnish work life, and many offices have their own saunas and gyms.

"We have a lot of research showing that investing in work well-being will bring back as much as six times [the amount companies invest]," Matleena Livson of the Finnish Sports Confederation told NPR. "Because you reduce sick leaves, you improve the cohesiveness and good spirit, and you improve employer image at the workplace."

There's also evidence that enjoying saunas and polar plunges, as many Finns do, may help our hearts: People who sauna on a regular basis tend to have better blood pressure readings and lower rates of heart disease than others.

Finland's emphasis on physical fitness may be one of the reasons the nation was dubbed the happiest country in the world again in 2019.

Original article appeared in Business Insider on 23/04/19 and can be found here.

From the whimsical skylights that protrude like reptilian eyes from its new underground art museum to the undulating walls of a new library, Helsinki’s latest attractions are resolutely cutting edge. So it came as something of a relief, on a recent trip to the Finnish capital, to spot a homely pastry in bakery windows throughout the city.

Tube-shaped and topped with a circle of ruby red jam, this is a Runeberg cake, and it’s eaten to commemorate the birthday of Finland’s national poet, Johan Runeberg, who was born on February 5, 1804.

That a poet would get his own national baked good is reason enough to recommend Finnish gastronomy. But happily, there are a growing number of other reasons as well. Helsinki has been slower to the Nordic revolution that has turned Copenhagen and Stockholm into global culinary destinations.

But the same surge of creativity that has brought the city the Amos Rex contemporary art museum and the architecturally stunning Oodi library has extended to cuisine as well.

“When I first got here about seven years ago, there were a few fine-dining restaurants and a lot of fast food, but nothing in between,” says Barcelona-born Albert Franch Sunyer (he is a co-owner of Restaurant Nolla, which is closed as it rebuilds in a new location, slated to open this summer).

“But I left to travel for a year in 2015, and when I came back, it was like, ‘Wow, what happened?’ Suddenly there were all these new kinds of places, and a younger generation of chefs starting their own businesses. Even the customers were different – they were more willing to go out.”

The innovations tend to be of degree rather than kind – they exalt Finland’s limited but superlative produce and eschew luxury ingredients such as shellfish and beef in favour of wild plants and offcuts of proteins. (In the winter, you will see a lot of root vegetables; in spring and summer, herbs and berries.)

And there’s still some mimicry of Nordic trends from Denmark and Sweden. “Food culture is new here, so it’s difficult not to mirror what you see elsewhere,” says Franch. “It’s like when you’re a kid, you copy your parents until, inevitably, you develop your own identity.”

Increasingly in Helsinki, that inevitability is coming into focus.

Original article appeared in The Australian Financial Review on 23/04/19 and can be found here.

On a map, they appear so close together: Helsinki and Tallinn, the capitals of Finland and Estonia, sit just 50 miles from each other across the Gulf of Finland. Yet in practice, they couldn’t seem farther apart, especially given their close cultural, linguistic and, increasingly, economic ties. On a good day, it takes about two hours by ferry to cross the often choppy waters.

But not for long, if an ambitious project to directly connecting the two cities takes off. Officials in both capitals have long considered such a link, but now, for the first time, there’s hard money behind the project — $17 billion, to be exact.

The 60-mile tunnel — it would be the world’s longest undersea rail crossing — would dramatically shorten travel time between the cities to around half an hour. Proponents believe it could transform an already well-developed region into a Northern European hub of commerce and innovation. There’s just one catch: It’s largely Chinese cash that would make this dream come true.

While Italy’s decision to join Beijing’s $1 trillion Belt and Road Initiative has grabbed the West’s attention, China is — far more quietly — carving out a new playground for its investments in a part of the continent it had traditionally ignored: Northern Europe.

In November 2017, China launched a first-of-its-kind cargo train connecting it all the way to Finland — the Kouvola-Xi’an route is part of the BRI. Last year, it announced plans to expand that rail line to Sweden and Norway.

Meanwhile, since 2000, China has invested $7 billion in Finland and has promised an additional $2 billion. Beijing is also one of Helsinki’s top trading partners, so improved connectivity between the two countries through the cargo train line helps them both. Add the Helsinki-Tallinn tunnel to the mix and Chinese investment becomes almost irresistible.

By reducing the travel time between the capital cities by 75 percent, the connection could offer the two nations a major competitive advantage in attracting investors and businesses from around the world, supporters argue, matching up high-quality education in both Finland and Estonia with a highly skilled workforce. “We’re creating the highest talent density anywhere on the planet,” Vesterbacka says confidently.

Vesterbacka, meanwhile, plays down fears of potential Chinese meddling. He argues that the controlling stake in the tunnel project would remain with FinEst Bay Area, and that plenty of Chinese investments in Europe have ended up successful. Ultimately, he says, it’s a major economic boost for an already well-developed region.

The question is: at what cost?

Original article appeared in Ozy on 21/04/19 and can be found here.