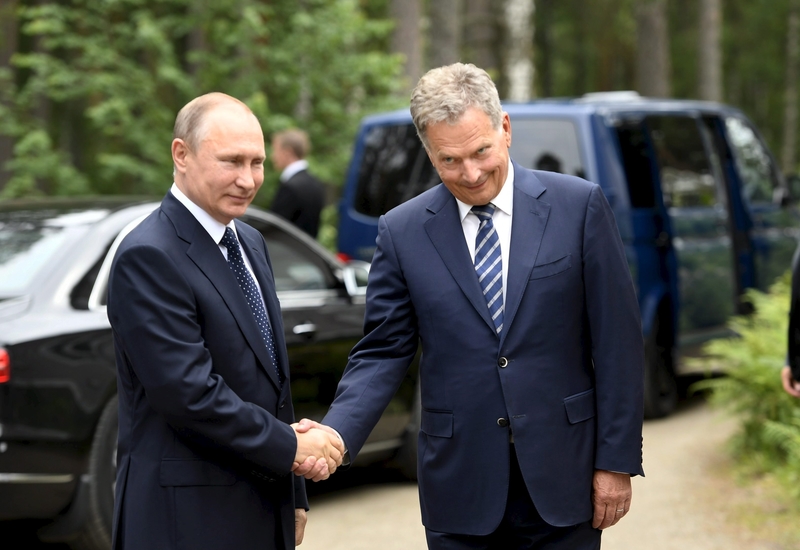 WITH ELECTORAL CAMPAIGNING HEATING UP, the international media is beginning to focus its attention on Russia’s role in interfering with elections, and the Finnish government’s defensive response. Russia has faced allegations of using an army of “trolls” and bots to spread misinformation about electoral candidates across Europe, as part of an effort to swing public opinion toward more right-wing, pro-Russian parties.

Several outlets this week covered the ongoing attempts of the Finnish government to counter such efforts, which involves giving training sessions on how to identify and counter misinformation.

In other news, it was recently revealed that prisoners in Finland have been receiving training in artificial intelligence in order to prepare algorithms for tech startups. One tech magazine explored this scheme in-depth, questioning whether the practice counts as prison reform or exploitative labour.

Meanwhile, a popular online publication delved into Finland’s worsening gambling problem, while several tech-focused publications have been covering the news that the Finnish government will be overseeing and attempting to regulate Bitcoin transactions.

The country that shares a bigger border with Russia than the rest of the European Union combined is ramping up its defenses against the threat of foreign meddling in its April 14 election.

Finland has always had a love-hate relationship with its much bigger neighbor. A history of tension and bloody confrontations has given way to a strong trading partnership, and the country’s diplomatic role as a bridge between Russia and the West is one reason why its capital was picked for last year’s summit between Donald Trump and Vladimir Putin.

But with evidence of Russian interference in Western politics mounting, the euro area’s northernmost member state remains on high alert. Social media influence campaigns or direct cyber-attacks are already thought to have impacted key votes such as the U.S. election in 2016 and the U.K’s Brexit referendum.

“One shouldn’t be gullible,” Antti Hakkanen, justice minister in Finland’s caretaker government, said in an interview in Helsinki. “We’ll need to be prepared to ward off election interference if it becomes necessary. The risk is real.”

Hakkanen says Russia is eager “to incite mistrust toward authorities,” boost local “anti-EU forces” and “drive a wedge in European unity in all possible ways.”

In Finland, Russian trolls are suspected by cyber experts of looking favorably on the Finns Party, an anti-immigration, euro-skeptic movement that suffered a schism after appointing a hard-liner as leader. In a phone interview, Party Secretary Riikka Slunga-Poutsalo denied the allegations, saying the movement had not received any support from Russia.

Original article appeared in Bloomberg on 28/03/19 and can be found here.

Inmates in Finland are training AI as part of prison labour

“Prison labor” is usually associated with physical work, but inmates at two prisons in Finland are doing a new type of labor: classifying data to train artificial intelligence algorithms for a startup. Though the startup in question, Vainu, sees the partnership as a kind of prison reform that teaches valuable skills, other experts say it plays into the exploitative economics of prisoners being required to work for very low wages.

Vainu is building a comprehensive database of companies around the world that helps businesses find contractors to work with, says co-founder Tuomas Rasila. For this to work, people need to read through hundreds of thousands of business articles scraped from the internet and label whether, for example, an article is about Apple the tech company or a fruit company that has “apple” in the name. (This labeled data is then used to train an algorithm that manages the database.)

That’s no problem for articles in English: Vainu simply set up an Amazon Mechanical Turk account to have people do these small tasks. But Mechanical Turk is “not really that useful when you want to do something [with the] Finnish language,” Rasila says, and the company had only one trainee tagging lots of data in the Finnish language.

“We saw that and said, ‘okay, this is not going to be enough,” he adds. The Vainu offices happen to be in the same building as the headquarters of the Criminal Sanctions Agency (CSA), the government agency that oversees Finnish prisons, and so, says Rasila, the founders had an idea: “Hey, we could actually use prison labor.”

The partnership started about three months ago and Vainu is now working with two different prisons, one in Helsinki and one in Turku. Vainu shipped 10 computers to these prisons and pays the CSA for each task the prisoners complete. The amount is comparable to how much the startup would have paid for a task done on Mechanical Turk, though the CSA is responsible for figuring out how much of that goes to the prisoners, as well as selecting the inmates who do the data classification.

Original article appeared in The Verge on 28/03/19 and can be found here.

Finland has a worsening gambling problem

Finland has been trying to clean up the country’s gambling industry, introducing new regulations to help oversee gambling activities. According to a recent survey, though, those efforts may not be enough and lawmakers, as well as gambling operators, need to get more involved in order to protect Finnish gamblers.

Over the past couple of years, gambling addiction and problem gambling in Finland has continued to rise, according to the survey, which was commissioned by the Ministry of Social Affairs and Health. The ministry had sought to determine how merging the three state-run gambling operators into one entity had impacted gambling and gamblers. The study was ultimately conducted by the Institute for Health and Welfare in conjunction with Helsinki University, Statistic Finland and Peliklinikka, a problem gambling prevention organization.

The survey saw participation from around 2,600 Finnish citizens aged 18 and older. Yle, a Finnish media outlet, points out that problem gambling among males has declined over the past several years, but gambling addiction and problem gambling has become more severe.

In 2017, Veikkaus was running the country’s national lottery. It merged with gaming machine operator Ray and horse betting operator Fintoto that year, ostensibly to provide better oversight of gambling activity in Finland and to reduce the instances of excessive gambling.

Original article appeared in Calvin Ayre on 28/03/19 and can be found here.

The BTC trading platform Localbitcoins specializes in peer-to-peer and over-the-counter bitcoin exchange throughout nearly every major city in the world. Years ago, the Helsinki operation was well known for providing a platform that allowed people to trade in a private fashion. In those days, traders could swap fiat for bitcoins or vice versa without the KYC processes involved with other exchanges.

However, over the last two years, Finland’s regulations and newly introduced policies have made it harder for many crypto businesses to allow trading without verification. In February, Localbitcoins notified customers that changes were coming due to the 5th Anti-Money Laundering Directive (5AMLD) that was enforced by the European Union. Now, this week, the company based in Southern Finland says the FSA’s new exchange supervision mandate has made it impose even stricter AML/KYC guidelines.

The company’s blog post on March 25 details that Localbitcoins will soon be “supervised” by the country’s FSA. The blog post adds that the Virtual Currency Service Providers (VCSP) Act will provide legal status for cryptocurrencies. “[The VCSP Act] should improve significantly Bitcoin’s standing as a viable and legit financial network,” Localbitcoins announcement notes. The trading platform’s post also explains that the team has launched a new registration process and users will still be able to begin trading the day they sign up. The new system administered will inhibit the creation of phony accounts as well.

Original article appeared in Bitcoin News on 27/03/19 and can be found here.