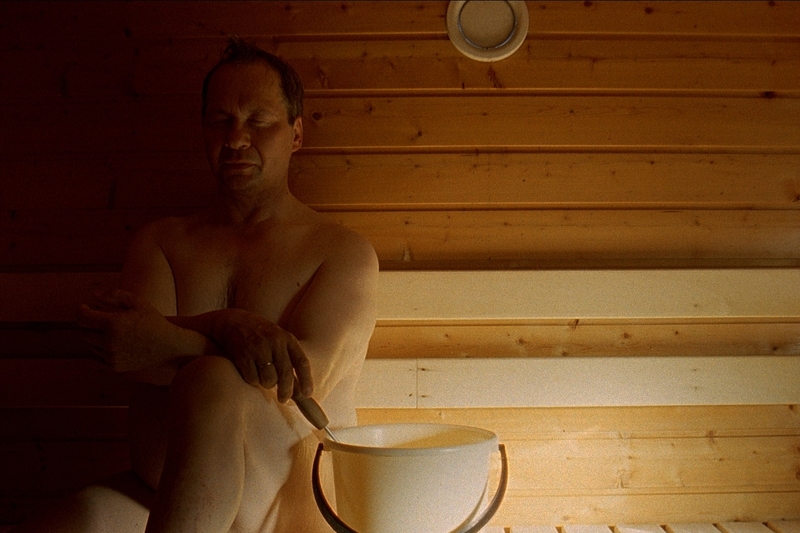 IT’S THAT TIME OF YEAR AGAIN. This week the UN’s annual World Happiness Report revealed that Finland has retained its top position as the “world’s happiest country” for the second year running, prompting several articles and opinion pieces about what Finland does differently. The US-based hipster bible Vice took a slightly different approach, uploading a YouTube video questioning whether Finns are actually happy in any emotional sense.

Meanwhile, a monkey at Helsinki Zoo went viral this week due to its uncharacteristically muscular physique, with outlets around the world running humourous pieces on the buff white-faced Saki monkey.

A tweet from the former US ambassador to the UN, Nikki Haley, in which she erroneously described the Finnish healthcare system as a failure also made the splash in several US outlets, mainly due to the lighthearted response from Finnish people.

Finally, the news that Nokia is under investigation due to data security concerns, following revelations that user data on their smartphones is being sent to Chinese servers, also made headlines in several publications.

Finland has topped an index of the happiest nations for the second consecutive year, with researchers saying the small Nordic country of 5.5 million has succeeded in generating a happiness recipe for a balanced life not simply dependent on economic and material wealth.

The World Happiness Report, produced by the U.N Sustainable Development Solutions Network, ranks 156 countries by how happy their citizens see themselves to be.

The index, published Wednesday, showed the other Nordic countries did well again this year, with Denmark, Norway and Iceland taking the next spots. The remaining top ten nations were The Netherlands, Switzerland, Sweden, New Zealand, Canada and Austria.

The United States dropped from the 18th to 19th place despite enjoying a booming economy in the past few years.

The 134-page report noted that, in general, happiness levels have decreased worldwide despite continued economic growth. That’s partly explained by “dramatic falls” in happiness in population dense countries like the United States, Egypt and India, it said.

“The worldwide tendency of a considerable decline in average happiness, despite the general growth in GDP per capita, is proof that measuring happiness and life satisfaction in terms of economic wealth alone is not at all sufficient,” said Meik Wiking, CEO of think tank The Happiness Research Institute in Copenhagen, Denmark, who took part in the report.

Wiking believes the erosion of happiness in the United States can be blamed on a “social crisis” where many Americans are increasingly feeling that they cannot trust their fellow citizens and feel “they have no one to count on in times of need.”

“The divide between rich and poor also creates an erosion of the cohesion and trust between people, which is so vital for the feeling of safety and security and therefore for the overall happiness level of the American people,” Wiking said.

Original article appeared in Time on 20/03/19 and can be found here.

Juha Sipila resurrected the economy and drove employment to a record during his almost four years as Finland’s prime minister, but efforts to revamp the health care system proved to be his undoing.

Unless he stages a major comeback ahead of an election on April 14, that problem will now fall to his successor. One of the biggest challenges facing the next government will be how to squeeze more out of a health-care system that’s already one of the best in the world and costs less than half of its U.S. equivalent.

Like much of Europe, the country needs to come to grips with the growing pressures of an aging and shrinking population. In Finland’s case, the issue assumes even greater importance because of its generous welfare state, relatively low immigration and the constraints of euro membership.

According to the country’s statistics agency, a quarter of the population will be older than 65 by 2030. The number of octogenarians is predicted to almost double by 2040 to 460,000, while the number of nonagenarians is expected to triple to 140,000.

Finland’s public finances already face a sustainability gap—the difference between projected revenue and spending—of nearly 4 percent of gross domestic product. And with Finland’s public debt levels already close to or above the limits set by the EU, the next government will have to find new ways of boosting revenue or cutting public spending.

Neither option is easy.

Finland already has a highly cost-effective health care. According to the Organization for Economic Cooperation and Development, it costs just $4,170 per capita per year, compared with $10,210 in the U.S. But even the OECD insists that an overhaul is necessary.

Original article appeared in Bloomberg on 20/03/19 and can be found here.

This pumped-up primate looks like it has been doing some serious pull-ups on the monkey bars. Santeri Oksanen, 34, snapped the muscular monkey as she kept a close eye on her territory. The game developer, from Lauttasaari, Finland, captured the White-Faced Saki's grumpy expressions while visiting Korkeasaari Zoo in his country's capital, Helsinki.

He said: 'I couldn't believe the huge muscles that the monkey had.

'The other monkeys were very small in comparison, they all looked a bit scared of her.

'The pictures make it look like it's competing in a bodybuilding contest.'

This species of monkey live almost entirely in trees and seldom come to the ground - meaning they must have strong muscles to move around. The burly beast is native to South America and Santeri believed she might be one of the dominating mothers of the troop.

Original article was published in Daily Mail on 17/03/19 and can be found here.

Nikki Haley, former United States ambassador to the United Nations, is currently getting a beautiful lesson in social democracy and the quality of life in Finland. In response to Haley’s claim that healthcare in the United States is far superior to healthcare in Finland, people in Finland—who have internet access as well as very good health care—are helpfully telling her about what it’s actually like when your ability to pay has nothing to do with getting good medical care.

For reasons that I cannot fully understand, Haley left a scathing reply to a two-week-old Bernie Sanders tweet that lauded the low cost of childbirth in Finland as compared to the United States.

“Alright @BernieSanders, you’re not the woman having the baby so I wouldn’t be out there talking about skimping on a woman when it comes to childbirth,” Haley wrote. “Trust me! Nice try though.”

She followed up with: “Health care costs are too high that is true but comparing us to Finland is ridiculous. Ask them how their health care is. You won’t like the answer.”

It’s unclear what Haley expected in response, but it was maybe not a swarm of Finnish people entering her mentions to inform her that, actually, Finland’s healthcare is ranked one of the best on the planet.

About that Finnish maternity care…

Original article was published in Jezebel on 21/03/19 and can be found here.

Finland’s data protection ombudsman said on Thursday he would investigate whether Nokia-branded phones had breached data rules after a report said the handsets sent information to China.

Nokia-branded mobile phones are developed under licence by Finnish company HMD Global, which said no personal data had been shared with a third party although it said there had been a data software glitch with one batch of handsets that had been fixed.

Ombudsman Reijo Aarnio told Reuters he would assess whether there were any breaches that involved “personal information and if there has been a legal justification for this.”

Norwegian public broadcaster NRK reported on Thursday a data breach related to the Nokia 7 Plus model, built by HMD. It said the company had “admitted that an unspecified number of Nokia 7 Plus phones had sent data to the Chinese server.”

Nokia, which receives royalties from HMD but has no direct investment in the firm, declined to comment.

U.S. accusations that Chinese telecom giant Huawei posed an espionage risk has heightened Western government security concerns. Huawei, which competes with Nokia in the network business, denies it poses any such risk.

NRK said it was alerted to the data issue after a Nokia 7 Plus user contacted them to say his phone often contacted a particular server, sending data packages in an unencrypted format. NRK said HMD had declined to say who owned the server.

Original article appeared in Reuters on 21/03/19 and can be found here.