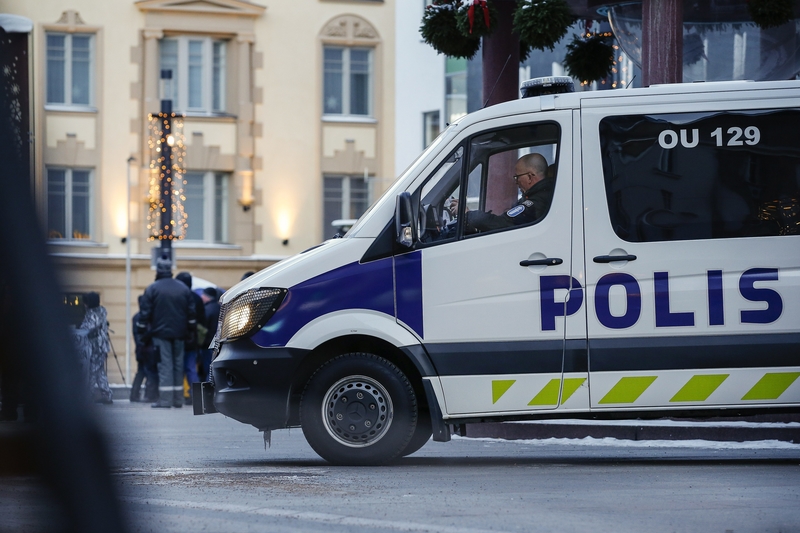 FOLLOWING CALLS FROM US PRESIDENT DONALD TRUMP for European allies to “take back” jihadists who left their countries to join IS, Finland took steps to prepare for such an eventuality.

Unlike countries such as the UK and France, which have already refused to accept former IS fighters back into the country and have even taken steps to revoke their citizenship, Finland has taken a more conciliatory tone.

Following statements from the Finnish government stressing that they have “an obligation” to accept those holding Finnish citizenship, one news outlet decided to explore whether Finland is actually capable of doing so safely.

In other news, the BBC ran an in-depth piece exploring how a street painter from the West African nation of Benin has gone on to hold a hit exhibition in Finland and had his works purchased by the Finnish president. Numerous outlets are continuing to cover Finland’s closely-watched UBI trial with renewed attention following the announcement that a city in California will be rolling out an identical scheme.

Meanwhile, Helsinki and London have announced a “digital partnership”, the first of its kind in the world and one that hopes to establish closer links between the two cities’ booming tech scenes. This Chinese broadcaster Xinhua also ran a piece decrying high tuition fees for non-EU/EEA students at Finnish universities.

US President Donald Trump's call for European allies to "take back" their jihadists from Syria and bring them to justice has left EU member states divided. Finland is one of the nations that is seemingly more open to the US president's request.

Finland will not block the return of nationals who left the country to fight among the ranks of Daesh*, Finnish Interior Minister Kai Mykkänen told the country's Yle national broadcaster.

According to Mykkänen, a prerequisite for this is having Finnish citizenship and travel documents in order.

"As reprehensible as these peoples' actions were, there were also children born in these areas who did not choose their fate. We must be very careful about how we treat their situations," Mykkänen observed.

Previously, Foreign Minister Timo Soini and Prime Minister Juha Sipilä said that Finland has no interest in taking back its jihadists, often referred to as "foreign fighters", and doesn't have any sympathy for them.

When a jihadist returns to Finland, the authorities immediately initiate a preliminary investigation to establish whether any crimes have been committed under the Daesh rule. However, according to Teemu Tammikko, a terrorism researcher at the Foreign Policy Institute, finding and obtaining evidence in chaotic war areas can be very difficult. In recent years, the threshold for getting prosecuted for terrorist offences has been somewhat lowered.

Original article was published in Sputnik on 21/02/19 and can be found here.

Louis Houenoude lives in the small village of Heve, just outside Grand-Popo, in the small West African country of Benin.

He used to paint barber shop signs for a living. But now he is a bona fide artist. An art gallery in Finland is exhibiting a series of portraits painted by Mr Houenoude.

So how did a Beninese barber shop painter wind up having an exhibition in Finland?

"I initially wanted to know if Benin had the same painted film poster culture as Ghana - it doesn't. But I saw painted signs for barber shops and hair salons and was intrigued by the colours and composition of the signs.

"The perspective and the shape of figures looked different to the ones familiar to me from European classicism and renaissance tradition. The advertisements worked remarkably well - I kept wanting to go to the barber even though I am bald," Sakkinen told the BBC.

Sakkinen came up with the idea for a series of portraits of world leaders, all done in the style of West African barber signs and Houenoude did the painting.

"Louis is very meticulous. I myself make a mess and could never wear nice clothes when I paint, like Louis. The language barrier initially proved a challenge because I couldn't give much direction. But in the end, it turned out to be a good thing, the work looked like him rather than me."

Original article was published in BBC on 17/02/19 and can be found here.

One clear result of Finland’s basic income trial: it made people happier

Finland’s experiment in giving people no-strings-attached money was too oddly constructed to take much from it, but one thing is clear–having more money is good for people’s well-being.

As global economies become more unequal, and as the incomes of working people have stagnated to the point of barely affording them a decent livelihood, a small groundswell of support has developed for one revolutionary solution for evening out wealth and opportunity: a universal basic income (UBI), which is a flat payment delivered to all members of a community, regardless of means or employment status.

The idea certainly sounds good on paper. But does it work? Around the world, multiple trials are trying to answer that question, but none have fully embraced the universal part of the UBI: Y Combinator’s planned pilot in Oakland, California, set to launch this year, will target only low-income people.

A program in Stockon, California, will only give it to select families. The Magnolia Mothers’ Trust in Jackson, Mississippi, serves low-income black mothers. Ontario’s basic income, which was cancelled last year by the newly elected conservative government but notable for its large scale, only served people at the lower end of the economic spectrum. Another trial in Finland just finished, and while it was designed in a way that makes it even less comparable than the others to a true UBI, it still has some interesting lessons.

Finland’s two-year trial, which ran in 2017 and 2018, made plenty of headlines as a test of basic income, but deviated the most of any of the trials from implementing anything close to a true basic income, according to Ioana Marinescu, professor of economics and labor-market specialist at the University of Pennsylvania.

The main difference: The monthly €560 (or $630) payment was only available to unemployed people, because its main goal was seeing if a basic income prompted more people to enter the workforce. A preliminary report on the first year of the trial found that it did not.

Original article appeared in Fast Company on 20/02/19 and can be found here.

London and Helsinki announced their upcoming collaboration, embracing the opportunities presented by artificial intelligence, open data, and digital innovation as part of a new agreement between both cities’ Chief Digital Officers.

Both cities will benefit, learning from successful data sharing approaches across public services, 3D city modelling and the concept of ‘digital twins’.  Finally, the agreement will encourage digital innovation by supporting entrepreneurs and citizens to collaborate.

Sadiq Khan, The Mayor of London, wants to see these new technological benefits shared by all Londoners. He is also focused on this happening in a way which protects London’s citizens, consumers, companies and economic interests.

London is Europe’s leading tech hub, with its thriving tech community growing rapidly. This growth is driving much of the innovation across Europe. London’s tech companies received £1.8 billion of investment in 2018, nearly three-quarters of the total investment into the entire UK sector.  More than a third of all Europe’s tech giants are based in London and contribute in excess of £56 billion to our economy.

Original article was published in Tech Round on 16/02/19 and can be found here.

Tuition-paying students from outside the European Union and the European Economic Area have not so far become a tangible additional source of revenue to Finnish institutions of higher education.

The income is minute in comparison to the 2.5 billion euros of government funding budgeted annually for the institutions, USU noted.

Only under 20 percent of the institutions told USU that foreign interest in studying in Finland had declined. But the revenue did not match the enrollment on account of generous scholarship policies.

There were under 23,000 foreign students studying in Finland in 2017, Seven percent of the total and 77 percent of them were not from the EU/EEA. The largest countries of origin were Russia, China, Vietnam and Nepal.

Original article appeared in Xinhua on 19/02/19 and can be found here.