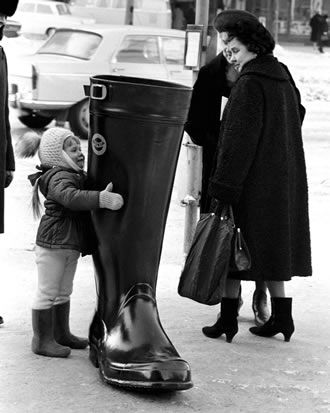 "VERY FEW places in the world have given rise to truly global brands: Evian and Cadillac in France are two. But possibly the most famous of them all is Nokia in Finland.

Not that you would know it from visiting the town. The centre consists of a parade of rather bleak shops, an apartment block that would be at home in Soviet-era Estonia and the Bossburger 'meathouse'. This is the sort of town from which teenagers dream of escaping.

As 14-year-old Iiris Majamaki, with the hood of her coat protecting her from the sleet, tells me: 'It is a little town in the middle of nothing. There's not much to do here.'

Even Merja Vainio, 59, a postal worker delivering letters on her bike, says: 'If you want to see some action, you have to leave and visit Tampere,' talking about the city 15 minutes up the road. 'All my three grown-up children have left here.' They are not the only ones.

The company that made this town in south-east Finland so famous has packed up and moved out. Nokia was once a brand so famous and so instantly recognisable that in parts of Africa a mobile phone was called 'a nokia'.

But Microsoft, which bought Nokia's handset division for 4.61 billion pounds (5.86 billion euros) last year, has announced that the next phone it releases will no longer have the Nokia logo stamped on it. It would appear that the brand, once considered more valuable than Apple, Google and McDonald's, has bitten the dust..."