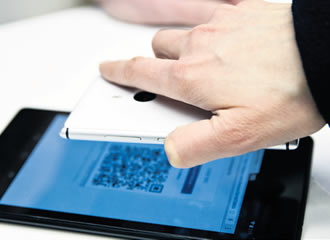 "THE FINNISH Central Board of Taxes (CBT) today [16 November] declared that exchanges were providing 'banking services.' The commission rates charged by exchanges were, therefore, in accordance with the EU VAT Directive, exempt from VAT (Value Added Tax).

EU Directives, such as the VAT Directive, specify certain goals to be achieved by member states. The member states are granted considerable discretion as to how they will achieve these goals (see Article 288 of the Treaty on the Functioning of the European Union). 'EU Regulations,' in contrast, specify both the goals and the means by which states must achieve them.

The EU VAT Directive (Council Directive 2006/112/EC of 28 November 2006 on the common system of value added tax) applies to goods and services sold within the EU. Its aim is to harmonize VAT Law among EU Member States. It specifies that VAT rates must be within a certain range within all EU countries, but leaves it up to member states to decide where in the range their rates will fall. Article 135(1) of the VAT Directive grants an exemption for all 'financial services'.

In their decision, the CBT concluded that exchanges are providing a financial service and are, therefore, exempt from VAT (per Article 135(1)). Finland's position can be compared and contrasted with other EU countries.

Other Bitcoin VAT Decisions In Europe

Belgium's Federal Public Service Finance (FPS) has declared that domestic digital currency transactions are exempt from VAT. The FPS's reasoning was predicated on the view that Bitcoin was not 'a legal means of payment' and therefore could not be subject to VAT. It appears, however, that they may revise their ruling in the future.

The UK were yet more emphatic, declaring digital currency transactions to be VAT exempt. This is not the first pro-Bitcoin move that the UK has made recently. Earlier this year, Chancellor Osborne voiced his eagerness to make the UK a Bitcoin hub. Importantly, though, the VAT exemption declared by HMRC (Her Majesty's Revenue and Customs) will not apply to transactions in which merchants provide goods and services in exchange for Bitcoins. The exemption will only apply to the fees charged on bitcoin-trading transactions.