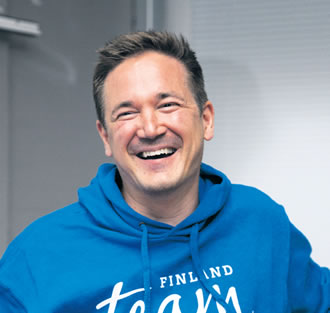 "...EVERY NOVEMBER, Finland's top papers clamour to dig through the data, tracking the rise and fall of the fortunes of politicians and businessmen, while Finnish tabloids capitalize on the public disclosures to peek into the lives of the country's celebrities. In past years, investigative work based off the annual release of data has exposed tax-dodging cabinet ministers and sports stars with offshore tax havens.

But not all stories are so hard-hitting. This week, the top stories in the tabloid paper Iltalehti all aired the financial dirty laundry of Finland's celebrities and politicians. For example, one story stated that Juha Sipilä, the chairman of the Center Party, saw his fortune dwindle to the point that he is now the country's lowest earning member of the opposition. Another highly trafficked story gloated over the fact that popular Finnish rap star Cheek (a Nordic version of 50 Cent), actually netted less in 2013 than Matti Nykänen, a former Olympic ski jumper turned singer with a history of violence and alcohol abuse.

Apart from tabloid gossip, the frictions that the tax disclosures expose are very real. In the 1990s, the average income tax rate was 37.5 per cent in Finland, but throughout the 2000s income taxes eased considerably to 30 per cent. But since the eurozone crisis in 2009, tax rates have started to climb as Helsinki has grappled with trying to keep the welfare system funded while tightening its fiscal belt. The average tax rate is currently 30.4 per cent, but is slated to rise to 31.1 per cent next year. In March, the rising tax rate led Björn Wahlroos, a banker and one of Finland's richest men, to move to Sweden, reportedly because of the more lenient tax regime.

Not all of Finland's elite are fleeing from the rising taxes, though. Some see paying a high tax rate as a badge of patriotism. On 3 November, the seven owners of the gaming company Supercell, best known for their bestseller Clash of Clans, saw themselves at the top of Finland's income list, paying a combined 230 million euros (287 million dollars) in taxes. But instead of looking for tax havens abroad, Supercell touted itself as a true Finnish brand..."