The Senate would no longer be elected directly by the citizens, and its powers would be reduced considerably. The new Senate would consist mostly of regional councillors and mayors and its size would be decreased from 315 to 100 members. Another important aspect of the reform is that it strengthens the powers of the central government over those of the regions.

Advocates of the reform stress that it cuts costs and speeds up the law-making process while ensuring that local interests are represented through the new Senate. Opponents argue that it will lead to conflicts of competence between the two chambers due to the lack of clarity concerning the powers of the new Senate. They also highlight that the Italian parliament already passes more laws each year than the British or the German parliaments, and that the problem lies in the quality and actual implementation of the legislation.

The referendum has acquired further political significance due to Renzi’s initial decision staking his political career on its outcome. Renzi established this link earlier in his mandate, when surveys showed that both his ratings and support for the reform were much higher than today. However, by personalizing a highly sensitive topic, he turned the referendum into a vote of confidence on his government. Meanwhile, due to persistent slow economic growth and high unemployment, Renzi’s support has waned and opposition to the reform is now predominant in the polls.

Renzi has tried to counter this trend by addressing topics that are dear to the constituency of the right-wing parties. For instance, he has relaunched the plan to build a bridge across the Strait of Messina, a project strongly supported by Silvio Berlusconi, which had been dropped in 2013 due to seismic risks and the likelihood that mafia clans would draw large profits from construction contracts.

In October 2016, Renzi also clashed with the European Commission over Italy’s 2017 budget law, whereby Rome has asked for additional fiscal flexibility in the hope of stimulating growth. While Renzi’s request may have some economic justifications, the harsh rhetoric he adopted towards the Commission is probably meant to strengthen his domestic support among Eurosceptic voters.

Renzi does not expect the Commission to seriously challenge him before the referendum because if he loses and decides to resign, political alternatives could be less attractive to Brussels. In fact, Renzi could be replaced as head of government by another member of his coalition until the next elections, scheduled for 2018. However, advocates of the reform argue that Renzi’s defeat could lead to the rise to power of the Five Star Movement, which would like to hold a referendum on Italy’s membership of the common currency. In this regard, it is important to note that recent surveys have reiterated that a clear majority of Italians supports the country’s membership of both the Eurozone and the EU.

A more concrete concern pertains to the fragility of the Italian banking sector, which some fear would be aggravated by political instability. While the situation of Italian banks needs to be scrutinized carefully, it would be inappropriate to link it to the outcome of the constitutional referendum, which concerns unrelated issues.

Particularly due to Italy’s recent record of technocratic governments, or governments without a clear popular mandate (and the ensuing frustration of the electorate), it is essential for Italian democracy that the upcoming vote is not heavily influenced by speculation about a (highly unlikely) financial collapse of the country.

In order to garner support both at home and abroad, Renzi has argued that his constitutional reform would contribute to the stability of govern­ments. In conjunction with the reform, his parliamentary coalition has also passed a new electoral law that gives a considerable bonus (54% of parliamentary seats) to the electoral list that obtains at least 40% of the votes in the first round, or a simple majority in the runoff.

However, Renzi’s opponents have countered that the frequent changes of government in Italy are due to the fragmented nature of national politics, and not to the current institutional setup. In addition, they have argued that the electoral law gives too much power to the executive and fails to reflect current political realities. At the moment, polls show that each of the three main political competitors (the Democratic Party, the Five Star Movement and the centre-right) enjoys the support of approximately one-third of voters.

Despite the considerable differences of opinion between advocates and opponents of the reform, there is broad agreement that the outcome of the referendum will not change Italy’s immediate economic situation significantly. Speculation according to which the vote may have an impact on the EU similar to that of Brexit (or even bigger) is grossly exaggerated. Although the rejection of the reform would be a serious blow to the government, Renzi would not be under any obligation to resign – and even if he did, an alternative could be found within the current parliamentary majority.

Thus, the referendum will indeed have important domestic consequences concerning the institutional setup of the country. However, neither Italy’s membership of the EU and the common currency nor its economic stability are at stake. 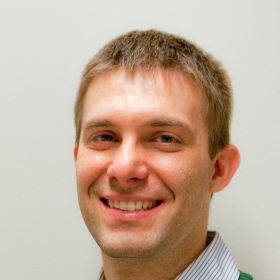 This article was originally published as a comment on FIIA