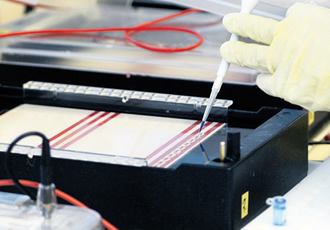 Crucial test case will decide the fate of the genetic testing industry and thousands of patients at risk of cancer.

The American Civil Liberties Union (ACLU) announced on 12 October that it would ask the US Supreme Court to rule on a patent by Myriad Genetics, a genetic diagnostics company, on “isolated” BRCA-1 and BRCA-2 genes, two genes that can have mutations linked to breast, ovarian and prostate cancers.

Those with a stake in the case say any ruling from the court would have a major impact on patient care, scientific research, and rights to access human genetic information, as well on legal doctrine. The gene patenting case has been moving up through lower courts since 2009, when the ACLU first filed a civil suit arguing that Myriad’s patent on the genes should be invalidated.

New York district judge Robert Sweet agreed with the ACLU in 2010, but Myriad appealed, and the Federal Circuit Court of Appeals overturned Sweet’s ruling, with two out of three judges siding with Myriad. Facing a mid-December deadline to appeal the lower court’s ruling to uphold gene patents, the ACLU decided to move forward with the appeal in time for National Breast Cancer Awareness Month in October, said Sandra Park, an ACLU attorney working on the case.

“We consulted with our clients and made the decision to move forward, given the importance of the issues to patients and scientists,” Park said.

More than 4,000 genes have been patented, including copies of genes that make up 20 per cent of the human genome, according to Jaydee Hanson, policy director for the International Centre for Technology Assessment (ICTA).

The ACLU represents a group of 20 other plaintiffs, including geneticists, pathologists and breast cancer survivor advocates, who maintain that the patents block patient care.

They argue that patients should not have to pay for genetic information they could use to make life or death decisions, especially when other genetic testing providers could offer that information if Myriad didn’t have exclusive rights to sequence the genes.

Five to 10 per cent of breast cancer cases are linked to mutations on the BRCA-1 or BRCA-2 genes, and those with the mutations have an 85 per cent risk of developing cancer. Some insurance policies cover the tests, but other plans, especially those providing insurance for the poor, do not. According to Park, Myriad chose not to enter into contracts with about half of all insurance programs in states that cover low-income people.

Ellen Matloff, a genetic counselor at Yale for over 15 years and a plaintiff in the ACLU case, said the cost of the test was a real issue for many of her patients.

According to her, a “comprehensive” breast cancer test from Myriad for other breast cancer mutations costs 3,400 US dollars, and a supplementary test for the BRCA-1 and BRCA-2 genes costs 700 dollars. Matloff said that 95 per cent of patients she recommends for supplementary testing end up not being tested because of its high cost.

“I know that we are missing mutations,” Matloff said, adding that the BRCA gene mutations are passed down maternally and paternally. “It is going to impact them, their children, their siblings their grandchildren, their nieces and nephews, and from a clinician’s standpoint it is horrifying.”

Gene patenting opponents also argue that in a new era in which full-genome sequencing is getting faster and cheaper, patents stand in the way of access to new knowledge about how certain genes are related to disease.

“The whole next phase of [research in] genetics and disease is to understand how genes work together,” Hanson said. “It is a huge task, and the patents just interfere with it.”

“It’s kind of like saying two of your genes are in jail, but we are not allowed to report this information to you, even though it would save your life.”