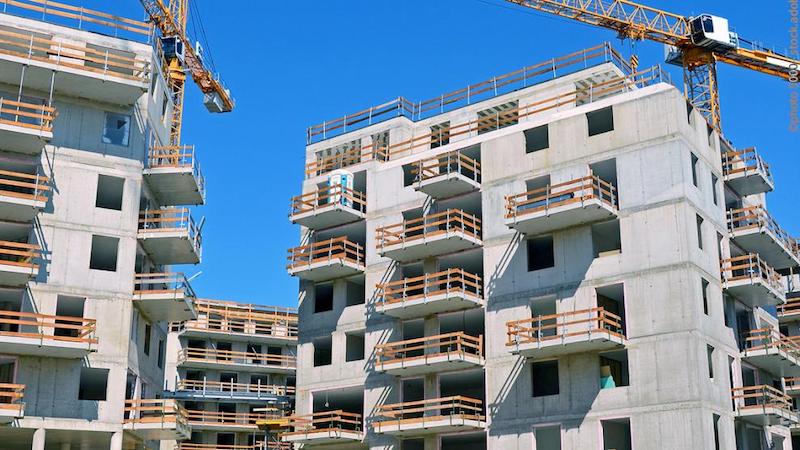 Construction in Europe will see weaker growth in the period 2023–2025. Residential construction in particular – in Italy and many other European countries – is facing considerable headwinds. This is evident from calculations by the EUROCONSTRUCT forecasting network, of which the ifo Institute is a member. “Resilience will be greatest in civil engineering,” says ifo expert Ludwig Dorffmeister.

After two superb years, the prospects for European housing construction have become much bleaker. Construction activity will fall by almost 3 percent overall in the period 2023–2024 before picking up again slightly in 2025. The current year will see a 2 percent reduction in new build volume as a result of the economic fallout from the war in Ukraine. In contrast, the downturn in work on existing buildings in 2023 and 2024 is driven largely by the reduction in the previously extremely generous state subsidies for renovation in Italy. “In most European countries, however, the recent energy price shock will likely lead to more investments in existing housing,” Dorffmeister says.

“Civil engineering volumes face a series of major challenges,” he adds. Necessary investment in energy supply, expansion of the transportation network, and public transit will trigger civil engineering growth of 2.9 percent in 2023, 1.8 percent in 2024, and 2.2 percent in 2025. Italy, Norway, Slovakia, and Poland are expected to see the largest increases. Only in Finland will the market shrink.

In Germany, pressure is mounting in new home construction. “The main reasons for this include significant increases in housing loan rates, sharp rises in construction costs, and the reduction in federal subsidies for new home construction,” Dorffmeister says. The results of the ifo survey in December showed that order backlogs, while still at a high level, fell for the fifth month in a row. The new orders the industry sorely needs failed to materialize. “There’s been a drastic deterioration in conditions for private developers and housing companies,” Dorffmeister says. Nevertheless, the industry’s long lead times will likely temper the impact of this development on construction activity for now. In particular the finishing trade will remain busy in the months ahead due to capacity bottlenecks. 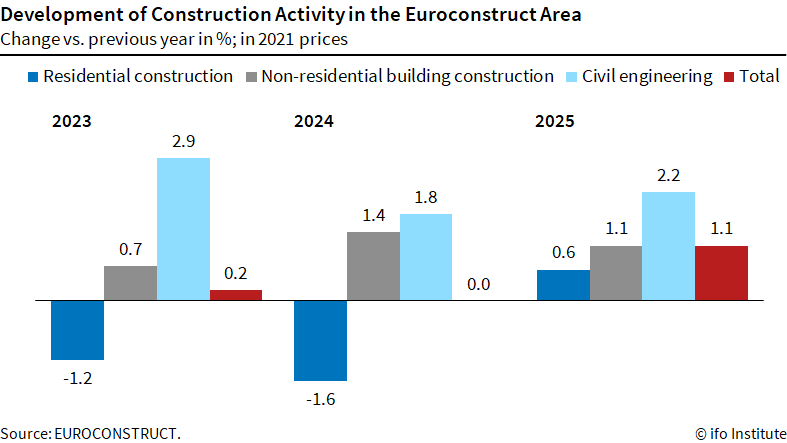