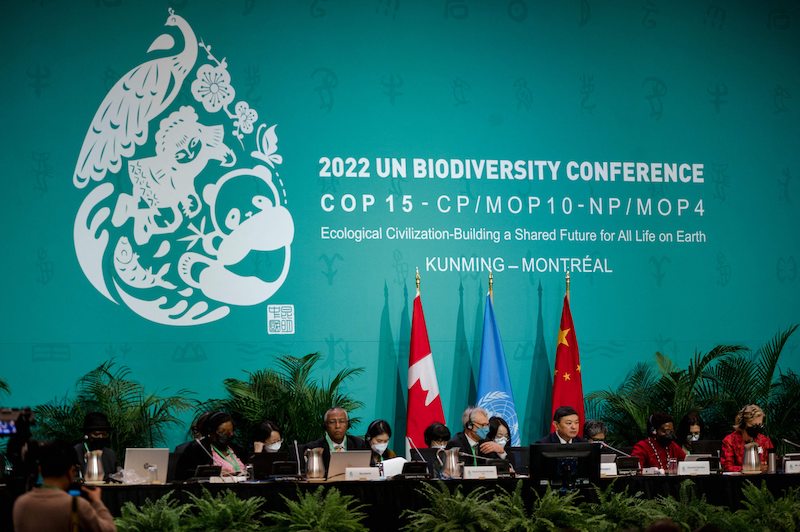 The 15th Conference of the Parties to the UN Convention on Biological Diversity ends today on 19 December in Montreal, Canada. Almost 200 states negotiated on actions to halt the loss of biodiversity by 2030 and strengthen the state of the natural environment.

The parties to the UN Biodiversity Conference reached an agreement on a global 30 per cent protection goal concerning terrestrial, inland water, coastal and marine areas.

In addition, the parties agreed on the restoration of at least 30 per cent of degraded terrestrial and aquatic ecosystems by 2030.

“This marks a turning point in the global efforts to halt biodiversity loss that can well be compared to the role of the Paris Agreement in combatting the climate crisis. Finland is now also committed to the ambitious protection and restoration targets to contribute to the efforts to halt biodiversity loss,” says Minister of the Environment and Climate Change Maria Ohisalo.

“Four years of hard work have now come to an end. We must get the work to meet the targets started right from tomorrow,” says Finland’s Chief Negotiator Marina von Weissenberg.

The final outcome was reached on the basis of the compromise proposed by the Chinese Presidency.

“I have worked for ambitious and concrete goals both within the EU and in negotiations with other groups of countries. The outcome could have been better, but I am very happy that a common understanding was reached,” Ohisalo says.

Finland and the EU aimed for a strong monitoring mechanism in Montreal that would enable to measure the progress of actions taken under the agreement. The parties agreed on a set of indicators common to all nations that will be supplemented nationally.

“The world’s nations will boost each other up, but in the end the implementation naturally depends on national policies. For me, it is self-evident that in the years to come Finland will be taking this work very seriously,” Ohisalo says.

Environmentally harmful subsidies to be phased out

The level of ambition of the goals and success of the negotiations are strongly linked to decisions on finances. The most species-rich countries in terms of biodiversity are often found among the developing countries. To finance the biodiversity measures, a decision was made to establish a new fund under the auspices of the Global Environment Facility.

“With regard to finances, I consider it important that especially wealthy countries bear their fair share of the burden. Besides this, we made a commitment to channel other available money flows to actions that are beneficial for the environment. In addition to public funding, funds from private sources will be needed as well. It is highly important to get rid of environmentally harmful subsidies,” Minister Ohisalo says.

According to the decision made in Montreal, environmentally harmful subsidies will be phased out by at least USD 500 billion a year until 2030. At the meeting, a commitment was also made to increase funding to strengthen biodiversity by USD 200 billion per year until 2030.

Sustainable use ensured outside protected areas

Only a small percentage of the Earth is protected, which is why safeguarding biodiversity requires that the use of the natural environment is sustainable outside the protected areas as well. In the negotiations it was agreed that biodiversity must be taken into account in agriculture, forestry, fisheries and aquaculture. Action must also be taken to ensure that the sustainable use of nature secures the activities of people who depend on nature the most and those who are in a vulnerable position, and the sustainable use of natural resources by indigenous peoples and local communities.

An agreement was also reached on reducing the amount of pollutants and hazardous chemicals by 2030 so that they do not harm biodiversity and the ecosystem services offered by nature. Quantitative targets were set concerning nutrient emissions and the risks of pesticides, according to which these must be halved. Reducing the risks associated with pesticides is important especially for pollinators and soil.

The states will require large companies and financial institutions to assess the impacts of their operations on nature and to provide consumers with information to promote sustainable consumption habits. Efforts will also be made to curb the root cause of biodiversity loss, i.e. overconsumption. The amount of waste must be reduced and food loss and waste must be halved by 2030.

Finland will implement the means agreed in Montreal through the National Biodiversity Strategy. The strategy document is currently being circulated for comments.