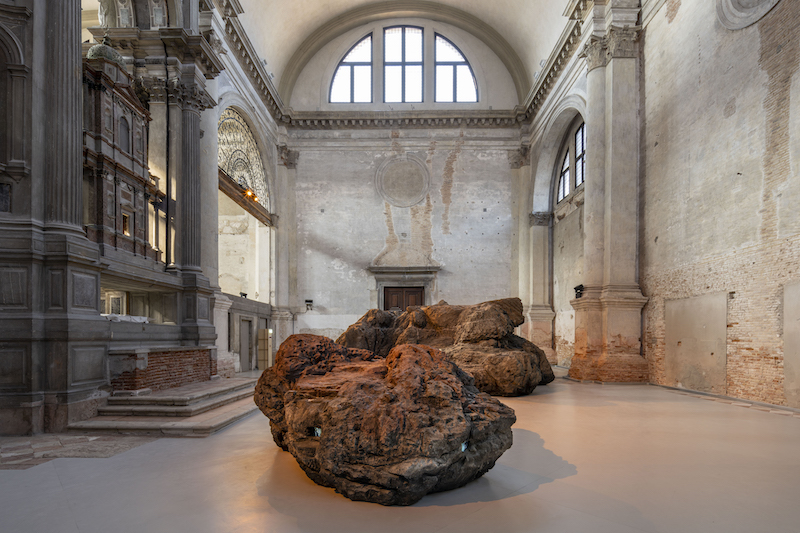 Helsinki Biennial 2023 reveals New Directions May Emerge as the title of its second edition, which will take place from 12 June to 17 September 2023. The biennial brings together around 30 established and emerging artists and collectives from Finland and across the world. Curated by Joasia Krysa, the biennial reflects on some of the major issues of our time that appear irresolvable, such as environmental damage, political conflict and the effects of technology.

Comprising of over 50% new commissions and site-specific works, the first participants to be announced include:

For 2023, the biennial expands beyond the island of Vallisaari to the city of Helsinki – the world's northern-most metropolitan area – to embrace its position in the Gulf of Finland. With an emphasis on outdoor spaces on the island, the biennial additionally sprawls across the mainland. Other biennial locations include HAM Helsinki Art Museum, Helsinki Central Library Oodi, Cultural Centres across the city, and online, with more sites to be announced.

New Directions May Emerge adopts its title from a quote by anthropologist Anna Lowenhaupt Tsing, who proposes learning from (the art of) "noticing". With close attention to other people, animals, plants, the environment, data, and other entities around us, the biennial explores how we might find new ways of living in, and understanding, the world.

The biennial unfolds through multimodal acts of noticing, sensing and sense-making. Moving from humans to non-humans and between varying scales – a spectrum spanning data as the smallest scale, through to islands and speculative new worlds denoting the largest – the biennial invites audiences to consider how recognising small or otherwise invisible details might prompt possibilities to act, to imagine differently, and reconcile the impact of human intervention, environmental and technological damage.

The biennial introduces three main conceptual threads: contamination, regeneration and agency. The Baltic Sea is one of the most contaminated waters in the world, subjected to waste from regimes of violence and unregulated industrialism. Yet, Helsinki Biennial proposes new layers of productive contamination as a cross-pollination between practices and ideas. Recognising that biennials have often been founded on principles of urban regeneration, in terms of tourism and the economy, it additionally proposes how exhibitions can be a force for healing and repair. Finally, the concept of agency explores how human life, the environment and technologies can evolve together to produce new and unforeseen results. Krysa elaborates:

'How might contamination be a force for positive change? How can we use biennials for the wider regeneration of things? How might agency extend beyond humans to other nonhuman entities and assemblages, including artificial intelligences? How might these threads be channelled into rethinking the ways that practices and future worlds might be conceived?'

This future-orientated vision is manifested in the practices and ethics of the Helsinki Biennial itself, which maintains a commitment to responsible exhibition-making, as well as socially sustainable and inclusive principles. Following its inaugural edition, Helsinki Biennial is building a new, bespoke environmental responsibility programme to improve the monitoring and assessing of its production and impact (the 2021 impact study can be read here), in line with the City of Helsinki's strategy to be carbon neutral by 2030.

The full artist list and details on the new commissions will be announced in Spring 2023.

Helsinki Biennial is an international contemporary art event which takes place on Vallisaari Island and extends to other locations on the mainland. Informed by Vallisaari – a former military island fusing wild nature and urban heritage – sustainable and responsible values lie at the core of Helsinki Biennial. Each edition includes major site-specific commissions by leading international artists. Helsinki Biennial embodies the city's ambitious cultural vision, committed to developing Helsinki's art scene both on a grassroots and institutional level. A major initiative of the City of Helsinki, the Biennial is produced by HAM Helsinki Art Museum. Its inaugural edition in 2021, 'The Same Sea', was curated by HAM's head curators Pirkko Siitari and Taru Tappola.

Joasia Krysa is a UK-based, Polish-born curator and scholar working at the intersection of contemporary art and technology. She is Professor of Exhibition Research at Liverpool John Moores University. Between 2012–2015 she was Artistic Director of Kunsthal Aarhus, Denmark. She was part of the curatorial team for Documenta 13 (2012), and co-curator of the 9th Liverpool Biennial (2016). Past projects have been presented at, amongst others, The Whitney Museum of American Art, ZKM Center for Art and Media, and Tate Modern. Her current research focuses on AI and curating.

Critical Environmental Data, a research group at Aarhus University, exploring nature as data and the many possible futures that might emerge.

Museum of Impossible Forms (MIF), a cultural centre located in Kontula, East Helsinki, and the coming together of communities of art and cultural workers working to build anticolonial, antipatriarchal, and non-fascist practices and futures.

TBA21–Academy, a contemporary art organization and cultural ecosystem fostering a deeper relationship to the Ocean through the lens of art to inspire care and action.

The visual identity of the second biennial edition was created by The Rodina, a post-critical design studio with an experimental practice drenched in strategies of performance art, play and subversion. www.therodina.com