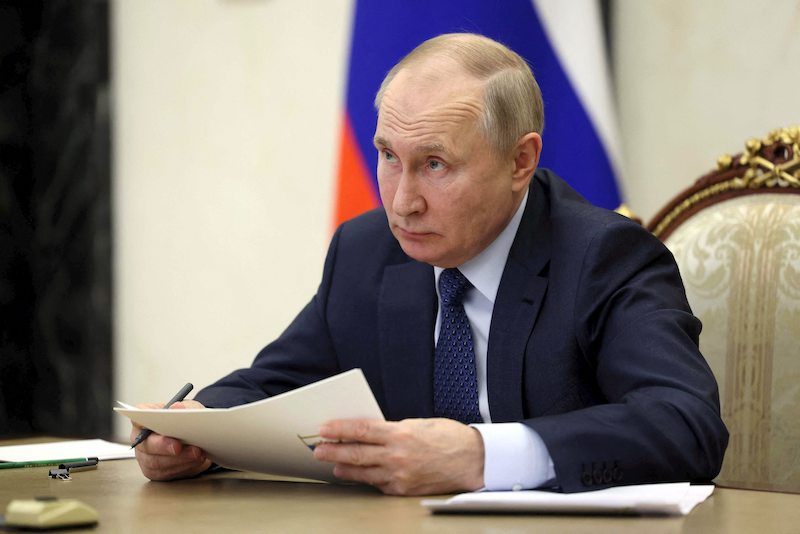 Russia may cut down oil production for countries that supported the West's 'stupid proposal' for a price cap on Russian oil, Russia's President Vladimir Putin said on Friday, Reuters reported.

"As for our reaction, I've already said that we simply will not sell to those countries that make such decisions. We will think, maybe even, I'm not saying that this is a (made) decision - but we will think, if necessary, about a possible reduction in production," Putin told reporters.

"I repeat, we are thinking about this, there are no decisions yet. And specific steps (of Russian response) will be outlined in the decree by the President of Russia, which will be issued in the next few days," Reuters quoted Putin as saying.

This statement came after the European Union countries agreed to cap the price of Russian seaborne oil at USD 60 a barrel.

Putin further said that the proposed western price cap corresponds to the prices at which Russia sells oil today and in that case decision does not affect the country.

"If someone ever agrees that the consumer will determine the price, then this will lead to the collapse of the industry itself. Because the consumer will always insist on a lower price. The industry is already lacking in investment; it's underfunded, and if we will listen only to consumers, then this investment will be zero. All this will lead at some stage to a catastrophic surge in prices and to the collapse of world energy - that's what it will lead to. This is a stupid proposal, ill-conceived and uncalculated," Putin was quoted by Reuters as saying.

"Following some non-market, harmful decision would be foolish for everyone, including consumers. Because consumers need to realize that if they will insist on prices that they are happy with, even if they achieve this, prices will go down, investments will be reduced to zero, ultimately prices will skyrocket and hit them, those who offer such solutions," he added.

Earlier, taking to Twitter, the president of the European Commission, Ursula von der Leyen said, "The EU agreement on an oil price cap, coordinated with G7 and others, will reduce Russia's revenues significantly. It will help us stabilize global energy prices, benefitting emerging economies around the world."

Leyen also shared the video on her Twitter account in which she said, "As you know the EU and other major G7 partners will have a full import ban on Russian seaborne oil as of December 5. But we need to ensure that emerging and developing countries continue to have access to some Russian crude oil at limited prices and thus, today the EU the G7, and other global partners have agreed to introduce a global price cap on seaborne oil from Russia."

Talking about the objectives, the European Commission president said that firstly, it will strengthen the effect of our sanctions, secondly, it will diminish Russia's revenues and thirdly, at the same time, it will stabilize global energy markets because it will allow some Russian seaborne oil to be traded, brokered, transported by EU operators to third countries, as long as it is solid below the cap.

"So this price cap will benefit directly emerging and developing economies, and it will be adjustable over time so that we can react to market developments. Together with our partners, we stand united and firm in our opposition to Russia's atrocious war," she added.