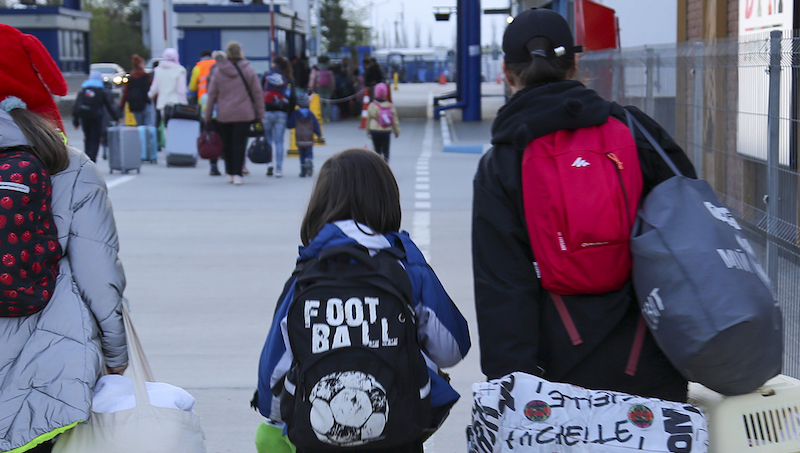 When the war in Ukraine broke out, the activation of the EU Temporary Protection Directive and equivalent national schemes enabled Nordic governments to react quickly and efficiently. During the past nine months, the Nordic countries have provided protection to 165,000 refugees from Ukraine. All countries have made great progress in receiving many refugees in a short period of time.

At the same time, there are differences between the Nordic countries and the way they have implemented temporary protection. This has implications for the level of support and rights to which refugees from Ukraine are entitled. These and other findings are outlined in a recent report from UNHCR, the UN Refugee Agency, and the Nordic Council of Ministers. The report, which was written by Anna Berlina, analyses how the framework for temporary protection has been applied in practice in the Nordic region during the initial months of the refugee response. The report is based on interviews with officials with the national authorities in Finland, Denmark, Iceland, Norway and Sweden, as well as on a review of existing regulations in the five countries.

The report identifies several good practices such as simplified procedures alleviating the national asylum systems, quick access to services and jobs, but also certain challenges that all the Nordic countries face. These include the fact that refugees from Ukraine are treated differently from other groups of refugees, the difficulties in monitoring secondary migration and the lack of vulnerability assessments.

Temporary protection for refugees from Ukraine is expected to be extended until March 2025, at the most. Should international protection needs continue, refugees from Ukraine may then apply for asylum in the regular procedure. As the war continues with no immediate solution in sight, there is a need to look at longer-term perspectives on the reception and inclusion of Ukrainian refugees in the Nordic countries. As intention surveys show, while some refugees will want to return once the conditions are safe, others want to stay and some remain undecided.

"As much as we wish for the war to end quickly, we must assume that the conflict may be prolonged and that many Ukrainians may be here to stay. This shows the need for a longer-term plan for how we best act to help the Ukrainian refugees who have come to the Nordics", says report author Anna Berlina.