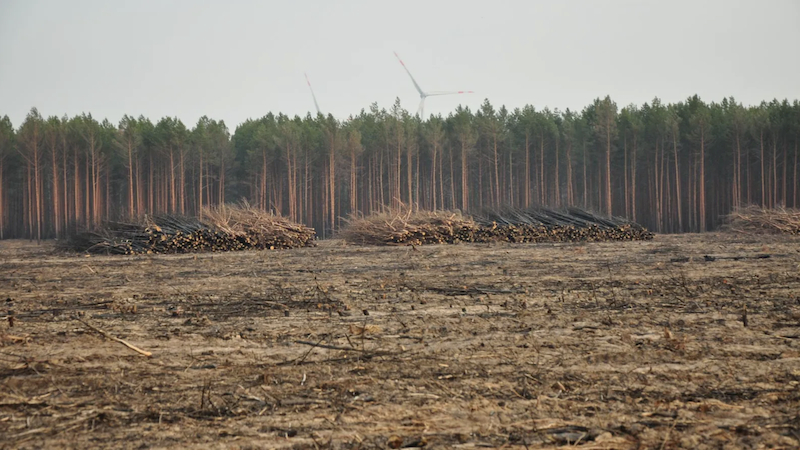 The 15th Conference of the Parties to the UN Convention on Biological Diversity will be held in Montreal, Canada on 7–19 December 2022. "The Conference in Montreal must mark a turning point in terms of halting the loss of biodiversity by 2030, somewhat in the same way as the Paris Climate Change Conference did for preventing climate crisis," says Minister of the Environment and Climate Change Maria Ohisalo, who leads Finland's delegation. Minister Ohisalo will attend the Conference on 15–19 December.

The 196 parties to the Convention are negotiating new biodiversity targets to halt nature loss. The aim is that by 2030 the loss of biodiversity has stopped and the state of nature is improving. The negotiations aim for the adoption of four main goals to be reached by 2050. The work towards the goals is supported by 22 action-oriented targets that are to be reached by 2030.

The main topics of the Conference are

"Biodiversity is declining more rapidly than ever before. Biodiversity loss and the collapse of ecosystems are among the greatest challenges threatening humanity and the foundations of our economy. Action is needed internationally, but obviously it is most important to take action in Finland to protect our own nature," Minister Ohisalo says.

"Nature has a major role in finding solutions to the climate crisis as well. Forests, mires, soil and oceans serve as carbon sinks. Diverse nature also mitigates the impacts of climate change, including floods, erosion and extreme weather conditions," the Minister says.

Finland will participate in the negotiations in Montreal as part of the European Union. The EU aims for concrete and quantitative targets and a strong monitoring programme to measure and monitor the progress of measures.

The Conference is expected to decide on global targets concerning the conservation of land, water and marine areas and restoration of degraded terrestrial and aquatic ecosystems. The EU supports the 30 per cent target for protected areas and the target of 3 billion hectares for restoration. To boost the protection, decisions are also needed on the prevention of invasive alien species, on trade in wild animals and on reducing the amount of pollutants that pose a threat to biodiversity, such as pesticides and waste.

Only a small percentage of our planet is protected, which is why its sustainable use is the key issue in terms of biodiversity. The topics to be negotiated include the requirement concerning sustainable use in agriculture, forestry and fisheries and other production sectors.

"Halting biodiversity loss requires measures that promote the mainstreaming of biodiversity into all sectors of society and into all planning and policies. Finances will be a critical question in terms of the implementation," says Marina von Weissenberg, Senior Ministerial Adviser at the Ministry of the Environment and Finland's Chief Negotiator.

The Conference should speed up the implementation of the actions under the Convention. The level of ambition and outcome of the negotiations are strongly linked to the decisions on finances. The negotiations in Montreal will focus on eliminating and redirecting financial support that is harmful for biodiversity and on financing of biodiversity measures, including the establishment of funds.

The Conference will be attended by about 10,000 representatives of states, the scientific community, businesses, financers, NGOs and indigenous peoples. It will be chaired by the People's Republic of China. The 15th Conference of the Parties has been postponed by two years due to the COVID-19 pandemic. The first part of the COP15 meetings took place virtually in October 2021.

Besides the Conference of the Parties to the Convention on Biological Diversity, meetings will be held in Montreal on two protocols concluded under the Convention: the Cartagena Protocol on Biosafety and Nagoya Protocol on Access to Genetic Resources and the Fair and Equitable Sharing of Benefits Arising from their Utilization.

You can follow the Conference and the work of Finland's delegation on Twitter with the hashtag #LuontoCOP15.