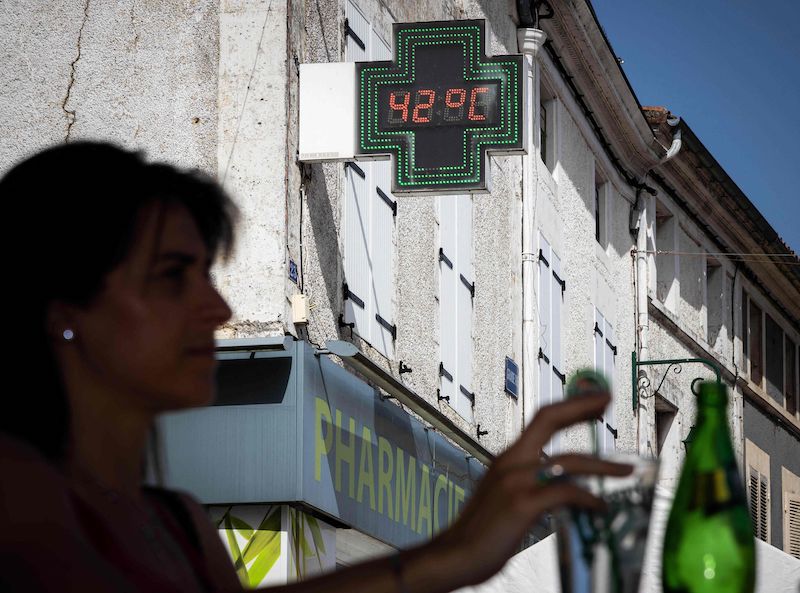 At least 15,000 were killed by hot weather in Europe this year, said WHO Regional Director for Europe, Hans Henri Kluge on Monday.

"Based on country data submitted so far, it is estimated that at least 15, 000 people died specifically due to the heat in 2022. Among those, nearly 4,000 deaths in Spain, more than 1,000 in Portugal, more than 3,200 in the United Kingdom, and around 4,500 deaths in Germany were reported by health authorities during the 3 months of summer," Kluge said in a statement.

The WHO Regional said this estimate is expected to increase as more countries report on excess deaths due to heat.

"For example, France's National Institute of Statistics and Economic Studies (INSEE) reported that more than 11 000 more people died between 1 June and 22 August 2022 compared with the same period in 2019 - the last year before the COVID-19 pandemic. INSEE suggested that these figures were "likely to be explained by the heatwave that occurred in mid-July, after an initial heatwave episode as early as mid-June," he added.

Temperatures in Europe have warmed significantly over the 1961-2021 period, at an average rate of about 0.5 °C per decade.

"This is the fastest-warming region, according to a report launched this week by the World Meteorological Organization (WMO). Extreme temperatures accounted for more than 148 000 lives lost in the European Region in the previous 50 years. In just 1 year since, we lost at least another 15 000 lives," he said.

"In 2021, high-impact weather and climate events led to hundreds of fatalities and directly affected over half a million people. About 84 per cent of these events were floods or storms," he added.

These impacts on health that people in our Region are experiencing now with a 1.1 °C rise in global average temperature give just a glimpse of what we can expect if the temperature rises 2° C and above compared to preindustrial levels. This should sound the alarm for our future under a changing climate.

This comes as representatives and negotiators from all over the world are gathering in Sharm el-Sheikh, Egypt, at the 2022 United Nations Climate Change Conference (COP27) to build on prior agreements to urgently reduce greenhouse gas emissions.

Climate change and the crises it has triggered have long been clear health emergencies. WHO and partners have long sounded the alarm, but action has been dangerously inconsistent and far too slow.

Just this past summer, heatwaves, droughts and wildfires, were witnessed, in the WHO European Region, impacting the health of the people. The Region has just been dragged through the hottest summer and the hottest August on record, according to the European Union's Copernicus Climate Change Service.