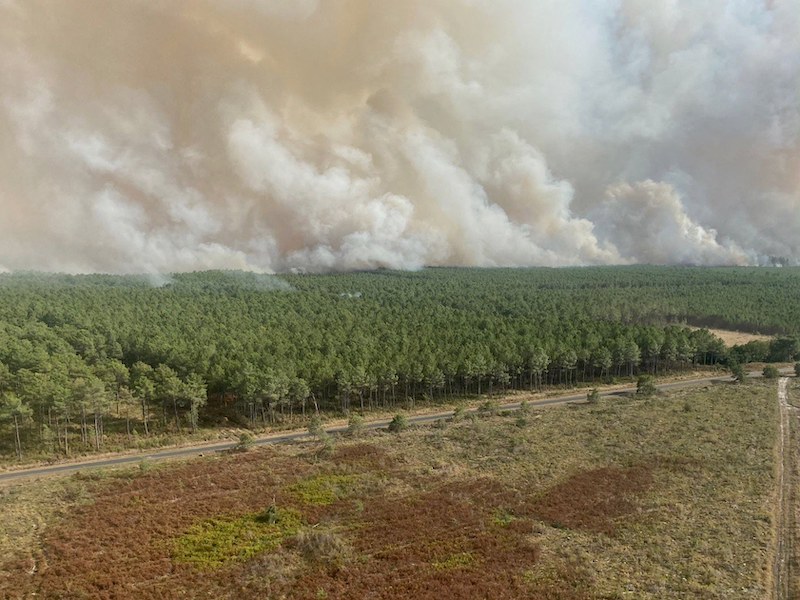 With almost 24,000 heat-related deaths, the Northern Hemisphere summer of 2022 was one of the hottest ever recorded in Europe. It also brought severe heat waves to regions of China and North America.

Additionally, it was extremely dry, and the ensuing drought had an influence on the availability of energy as well as significant water shortages, wildfires, and crop failures that raised food costs.

The potential impact of climate change on this catastrophic weather event has now been examined by an international team of climate scientists under the direction of the study team of Sonia Seneviratne, Professor for Land-Climate Dynamics at ETH Zurich. According to their study, which was released by the World Weather Attribution group, soil moisture drought conditions in the Northern Hemisphere are now at least 20 times more likely to occur as a result of human-caused climate change, endangering crop production and increasing pressure on food prices and food security.

For their study, the researchers analysed soil moisture levels in June, July and August 2022, across the whole Northern Hemisphere, excluding the tropics. They also focused on Western and Central Europe, which experienced particularly severe drought with substantially reduced crop yields. Soil moisture dryness in the top metre of soil, known as the root zone where plants extract water, is often referred to as agricultural and ecological drought.

Human-caused climate change made agricultural and ecological droughts in the North Hemisphere extratropics at least 20 times more likely, the researchers found. They calculated that drought conditions like this summer can be expected around once in 20 years in today's climate. If humans had not warmed the planet, the agricultural drought conditions in the Northern Hemisphere would only have been expected around once in 400 years or less.

In West-Central Europe, human-induced climate change increased the likelihood of agricultural and ecological drought by around three to four times. The results cannot be directly compared due to the differing sizes of the regions, but this does not imply that Europe has been less affected by climate change than other parts of the Northern Hemisphere.

The summer of 2022 has demonstrated how human-induced climate change is raising the dangers of ecological and agricultural droughts in heavily populated and cultivated areas of the North Hemisphere, according to Seneviratne.

Increasing temperatures were the primary cause of the increased probability of an ecological and agricultural drought, with changes in rainfall being relatively less significant. Without human-induced climate change, a summer as hot as this year's would have been nearly unimaginable, according to scientists. Climate change has boosted temperatures over the Northern Hemisphere to such an extent.

Dominik Schumacher, a postdoc in the Seneviratnes research group and the study's first author, said of the analyses' findings, "The results also give us insight into what is looming ahead." Future summer droughts are likely to be increasingly severe and frequent as global warming continues.

Seneviratne explains that in order to stabilise climate conditions and prevent further escalation of such drought episodes, we must gradually phase out the combustion of fossil fuels.