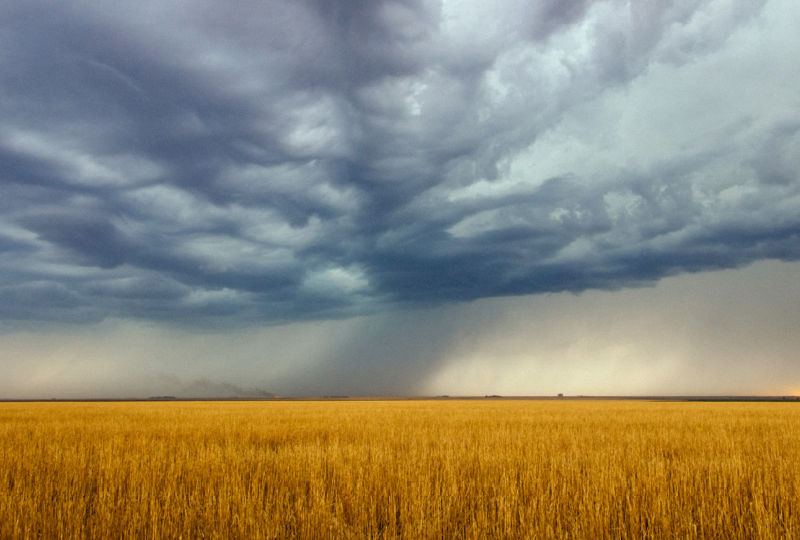 The price of grain has increased in 2020, when the pandemic affected global logistic chains.

Since then, drought-induced harvests have increased prices even more. With the ongoing war in Ukraine, there is a risk of a food crisis, which may become the most serious so far in the 21st century.

The world's grain mostly comes from six growing regions, including Ukraine and Russia, which together produce roughly 28 percent of the wheat and 15 percent of the corn exported globally. A decrease in exports can have far-reaching consequences, especially in countries with low resources and production capacity.

"The grain deficit could reach up to 60 million tons by the end of 2023 – this corresponds to the annual nutritional intake of up to 250 million people, or 3 percent of the global population. This year's logistical problems have resulted in up to 18 million to 22 million fewer metric tons of grain being exported from Ukraine and Russia. If the war continues, exports may shrink even further in 2023," says Jukka Maksimainen, Senior Partner at McKinsey and the leader of McKinsey's "Global Energy & Materials" practice.

Fertilizer shortages and higher prices for fertilizer are also expected to reduce yields in countries that depend heavily on fertilizer imports, such as Brazil. This will likely further decrease the volume of grain on the world market. Availability is also limited by some countries' efforts to protect their domestic markets by placing restrictions on trade.

The consequences of a looming food crisis can be far-reaching

Historically, supply shocks within the food system have led to inflation, lower fiscal strength, and malnutrition – and in some cases, to periods of political instability and violence. For example, the food crisis in 2010–2011 contributed to the Arab Spring.

The pandemic has left countries less economically resilient in the face of price hikes. Even a slight disruption in supply could substantially disturb global food prices and societies’ abilities to cope with them.

More than 1.4 billion people live in countries that are highly vulnerable to increasing food prices and may be hit hard by price increases. Countries including Bangladesh, Ethiopia, Somalia, and Yemen rely heavily on grain imports, have limited stocks, and have low purchasing power.

"According to our research, the worst outcomes could be avoided, for example, by unblocking and de-risking Black Sea logistic routes, reducing trade restrictions, utilizing existing grain reserves, and providing financial aid to the most impacted areas and populations," says Jukka Maksimainen.