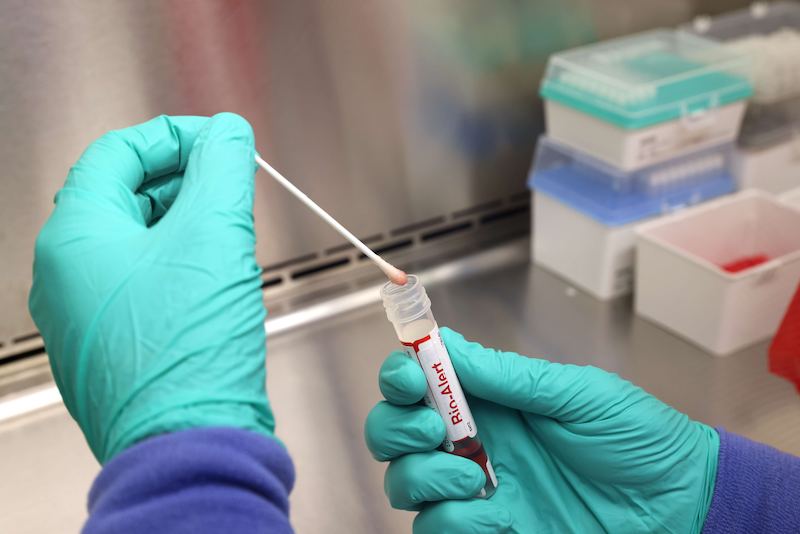 A swab that tested positive for the Monkeypox virus is seen at the UW Medicine Virology Laboratory on July 12, 2022 in Seattle, Washington. LEHTIKUVA / Getty Images / AFP

Around 14,000 cases of monkeypox have been confirmed in over 70 countries this year and a total of 5 deaths have been reported in Africa, World Health Organization (WHO) Director-General Tedros Adhanom Ghebreyesus said on Wednesday.

The WHO chief assured that the organization will continue to do everything it can to support countries to stop transmission and save lives.

"Almost 14,000 confirmed #monkeypox cases have now been reported to WHO this year, from more than 70 countries and territories. So far, 5 deaths have been reported, all in Africa. @WHO will continue to do everything we can to support countries to stop transmission and save lives," Tedros said in a tweet.

Tedros also said that although there are some countries that are registering a decline in the cases, many are witnessing an increase and around six countries reported their first cases of monkeypox last week.

"Most cases continue to be reported from Europe, primarily among men who have sex with men," he said.

The WHO chief added that the outbreak is harder to track and stop because many countries that are reporting the cases have less access to diagnostics and vaccines.

Ghebreyesus also said that the organization is validating, procuring and shipping tests to multiple countries and will continue to provide support for expanded access to effective diagnostics.

Information is one of the most powerful tools against the outbreak, he said adding that more information will allow the people at risk to protect themselves better.

"WHO is continuing to work with patients and community advocates to develop and deliver information tailored to the affected communities, and more likely to be accepted and implemented," Tedros said.

Monkeypox virus is transmitted from infected animals to humans via indirect or direct contact. Human-to-human transmission can occur through direct contact with infectious skin or lesions, including face-to-face, skin-to-skin, and respiratory droplets.

In the current outbreak countries and amongst the reported monkeypox cases, transmission appears to be occurring primarily through close physical contact, including sexual contact. Transmission can also occur from contaminated materials such as linens, bedding, electronics, clothing, that have infectious skin particles.

Initial cases of monkeypox, detected in several countries in different WHO Regions, had no epidemiological links to areas that have historically reported monkeypox, suggesting that undetected transmission might have been ongoing for some time in those countries.

The majority of confirmed cases of monkeypox are male and most of these cases occur among gay, bisexual and other men who have sex with men in urban areas and are clustered social and sexual networks.