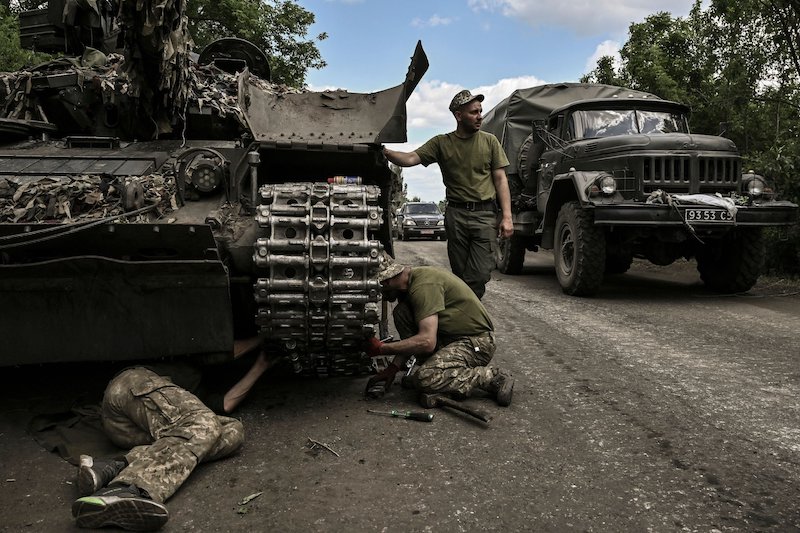 Ambitions to join North Atlantic Treaty Organization (NATO), Finland announce on Friday that it would be sending more military equipment to Ukraine as the military bloc considered the country's application to join the alliance.

"Finland will not forget Ukraine and the Ukrainians. We will continue to help: We will send a new package of defence material,"

Finnish Defense Minister Antti Kaikkonen said, adding that the decision on what equipment to send was based on the needs of Ukraine and its military, The Hill reported.

The support for Ukraine comes after Sweden and Finland applied to join NATO, a move that has been massively slammed by Russia. Their applications came after Russia threatened the countries against applying for membership and violated Finnish and Swedish airspace with fighter jets.

During an appearance with President Joe Biden last month, Finnish President Sauli Niinistö said, "We are ready to contribute to the security of the whole alliance, making the commitment to mutual security guarantees that being a NATO ally entails."

"Now that we have taken this first decisive step, it is time for NATO allies to weigh in. We hope for strong support from all allies and for swift ratification of our membership," he added.

According to The Hill, Finland's defense ministry said that the government voted to approve sending additional defense equipment to Ukraine. However, what equipment Finland will provide, how it will be delivered and when it will be shipped to Ukraine will not be announced, according to the ministry.

The US has put its full support behind Finland's and Sweden's bids for membership, with a Senate panel unanimously approving a resolution to urge NATO to accept the countries this week.

NATO should "quickly" approve the two countries' membership, said Biden in a statement amid Russia and China's clever moves.

"While their applications for NATO membership are being considered, the United States will work with Finland and Sweden to remain vigilant against any threats to our shared security, and to deter and confront aggression or the threat of aggression," The Hill reported, quoting the president.

Finland and Sweden started discussing the possibility of abandoning long-term neutrality and joining NATO amid the Russian military operation in Ukraine.

The head of the alliance, Jens Stoltenberg, said in March that NATO would gladly welcome Finland and Sweden and could fast-track their membership applications if they decided to join.