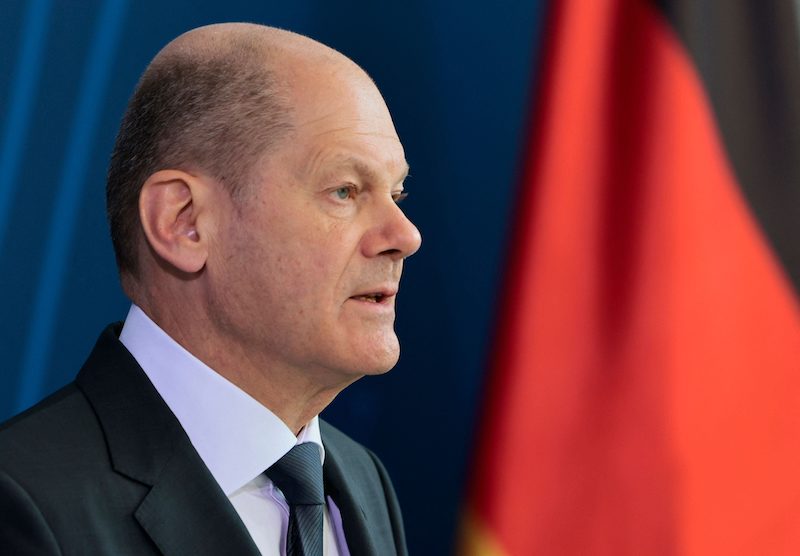 German Chancellor Olaf Scholz gives a press statement on April 3, 2022 at the Chancellery in Berlin, about the war crimes discovered the day before in Bucha, Ukraine. LEHTIKUVA / AFP

Germany’s Armed Forces need an additional EUR 25 billion each fiscal year. This is the amount required to meet the investment of 2 percent of GDP announced by German Chancellor Olaf Scholz. For 2022, Germany’s core defense budget amounts to some EUR 50.3 billion, or 1.3 percent of the country’s economic output. Added to this is the debt-financed special program worth EUR 100 billion.

“This 100 billion is all well and good, but in view of Russia’s attack on Ukraine and the turning point in Europe’s concept of defense, it’s not enough for the long term,” says ifo researcher Florian Dorn.

He adds that the nominal increase in the defense budget of 7.2 percent in 2022 will be almost entirely eaten up by the expected inflation. Even in the most pessimistic economic scenario, this year’s defense budget is smaller than last year’s when measured in terms of GDP. Dorn also says: “The era of the peace dividend, in which defense savings provided financial scope for other policy projects, is over. This one-time special fund will by no means be sufficient to completely make up for the funding shortfall of recent years, to eliminate all deficiencies in the short term, and to sustainably reorganize the Bundeswehr. In addition, more efficient structures would have to be put in place for using those funds. After all, it’s not just about spending more money – it’s about using the funds better.”

“Relatively low defense spending and the correspondingly modest number of European defense contracts mean that the national defense industries need to collaborate even more closely if we wish to maintain technology affiliations as well as our autonomy over security policy,” says ifo researcher Marcel Schlepper. Since 1992, Europe and especially Germany have experienced intensive disarmament. By 2020, Germany had reduced the number of its battle tanks by 88 percent and the number of fighter planes and combat helicopters by 78 percent. Even if Germany, France, and the UK pooled their battle tanks, they would be outnumbered by Russian and Chinese assets by a factor of five and eight, respectively. As for fighter planes and combat helicopters, Russia would have twice as many, China three times as many. Europe is dependent on US security guarantees. But just like the US has done, China and Russia have are also developing complex technological innovations such as stealth jets and hypersonic missiles for their extensive armed forces.