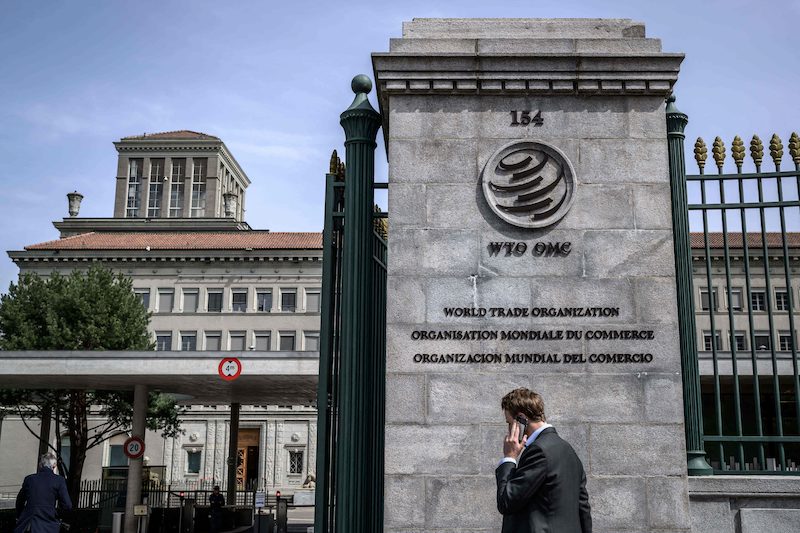 A man phones with his mobile while entering the World Trade Organization (WTO) headquarters in Geneva on April 12, 2022. LEHTIKUVA / AFP

The decline in the GDP of countries of the Commonwealth of Independent States (CIS), excluding Ukraine, will be 7.9% this year, with regional imports expected to drop 12% as a result.

CIS exports, on the other hand, will not be affected by the crisis in Ukraine, the WTO said.

"Exports should grow by 4.9% as other countries continue to rely on Russian energy," the report read.

On February 24, Russia launched a military operation in Ukraine after the breakaway republics of Donetsk and Luhansk appealed for help in defending themselves against Ukrainian provocations. In response to Russia's operation, Western countries have rolled out a comprehensive sanctions campaign against Moscow.