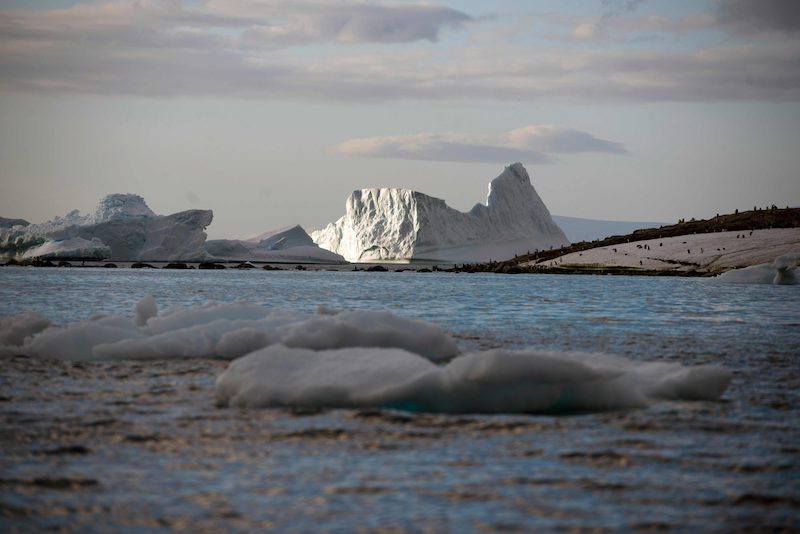 UN Secretary-General Antonio Guterres on Monday warned that time is running out for countries, corporations and others to adopt critical measures to reverse greenhouse gas emissions, but the crisis can be averted primarily by substituting renewable energy sources for fossil fuels.

He made these remarks in response to the sixth UN Intergovernmental Panel on Climate Change report issued on Monday.

"The jury has reached a verdict. And it is damning," Guterres said in a statement. "This report ... is a litany of broken climate promises. It is a file of shame, cataloguing the empty pledges that put us firmly on track towards an unlivable world. We are on a fast track to climate disaster."

Echoing the conclusions of the panel, Guterres said that inaction would result in major cities finding themselves underwater and the world experiencing "unprecedented heatwaves, terrifying storms, widespread water shortages and the extinction of a million species of plants and animals."

Climate scientists and other experts on the panel said if the world does not strengthen its policies toward renewable energy, global warming could easily surpass the 1.5 degree centigrade level that the world needs to not overheat and roll as high as 3 degrees by the end of the century.

Politics' over-reliance on fossil fuels and the costs of transition away from fossil fuels appear to be the biggest reasons why countries are reluctant or resistant to begin that move toward low-carbon economies, according to the panel.

"Every year that you let pass without going for these urgent emissions reductions makes it more and more difficult," the panel Chair Jim Skea said. "Unless we really do it immediately, it will not be possible to limit warming to 1.5 degrees. Every fraction of a degree matters. Even if we go beyond 1.5, that doesn't mean we throw up our hands and despair."

In an op-ed article penned for the Washington Post, Guterres described the latest IPCC report as "a litany of broken climate promises", which revealed a "yawning gap between climate pledges, and reality."

WHO chief wrote that high-emitting governments and corporations "are adding fuel to the flames by continuing to invest in climate-choking industries. Scientists warn that we are already perilously close to tipping points that could lead to cascading and irreversible climate effects."

An increasing share of emissions can be attributed to towns and cities, the report's authors stated, adding just as worryingly, that emissions reductions clawed back in the last decade or so "have been less than emissions increases, from rising global activity levels in the industry, energy supply, transport, agriculture and buildings".

Striking a more positive note - and insisting that it is still possible to halve emissions by 2030 - the IPCC urged governments to ramp up action to curb emissions.

The UN body also welcomed the significant decrease in the cost of renewable energy sources since 2010, by as much as 85 per cent for solar and wind energy and batteries.

"We are at a crossroads. The decisions we make now can secure a liveable future," said IPCC Chair Hoesung Lee. "I am encouraged by climate action being taken in many countries. There are policies, regulations and market instruments that are proving effective. If these are scaled up and applied more widely and equitably, they can support deep emissions reductions and stimulate innovation."

To limit global warming to around 1.5C (2.7°F), the IPCC report insisted that global greenhouse gas emissions would have to peak "before 2025 at the latest, and be reduced by 43 per cent by 2030".