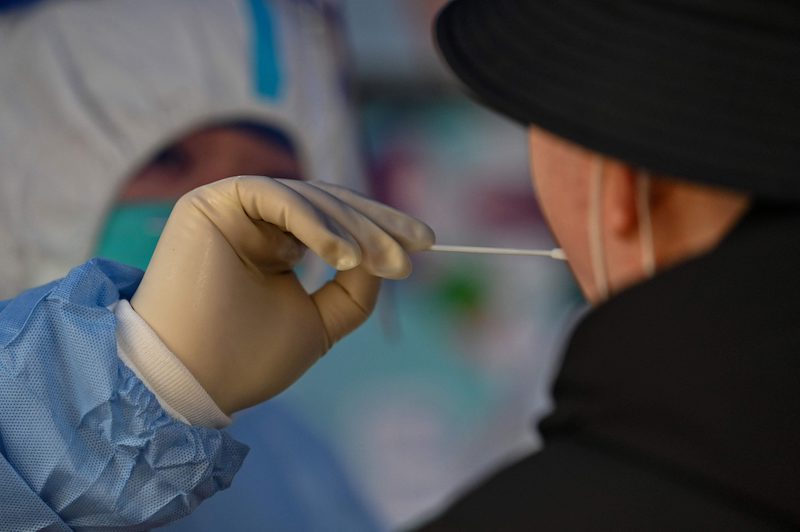 A new COVID mutant 'XE' has been found in the UK, the World Health Organisation has said in its latest report and noted that it may be more transmissible than the BA.2 sublineage of COVID-19.

XE is recombinant of Omicron BA.1 and BA.2 sublineages of COVID-19.

"The XE recombinant (BA.1-BA.2), was first detected in the United Kingdom on January 19 and &gt;600 sequences have been reported and confirmed since," the WHO said.

"Early-day estimates indicate a community growth rate advantage of ~10 per cent as compared to BA.2, however this finding requires further confirmation. XE belongs to the Omicron variant until significant differences in transmission and disease characteristics, including severity, may be reported," it added.

The United Kingdom has reported 637 cases of XE and experts said it has shown a variable growth rate.

According to UK Health Security Agency (UKHSA), its new analysis has examined three recombinants known as XF, XE, and XD.

A recombinant variant occurs when an individual becomes infected with two or more variants at the same time, resulting in a mixing of their genetic material within the patient's body.

UKHSA said this is not an unusual occurrence and several recombinant SARS-CoV-2 variants have been identified over the course of the pandemic.

"As with any other coronavirus (COVID-19) variant, the vast majority do not confer any advantage to the virus and die out relatively quickly," it said.

In the UK, 38 cases of XF have been identified, though none have been seen since mid-February. There is currently no evidence of community transmission within the UK.

UKHSA said XD has not been identified in the UK to date, though 49 cases have been reported to global databases, the majority of these are in France.

"A total 637 cases of XE - a recombinant of Omicron BA.1 and BA.2 - have been confirmed in the UK so far. The earliest of these has a specimen date of January 19, 2022. There is currently insufficient evidence to draw conclusions about growth advantage or other properties of this variant," it said.

UKHSA said it continues to monitor all recombinants closely.

"Recombinant variants are not an unusual occurrence, particularly when there are several variants in circulation, and several have been identified over the course of the pandemic to date. As with other kinds of variant, most will die off relatively quickly," Professor Susan Hopkins, Chief Medical Advisor, UKHSA said.

"This particular recombinant, XE, has shown a variable growth rate and we cannot yet confirm whether it has a true growth advantage. So far there is not enough evidence to draw conclusions about transmissibility, severity or vaccine effectiveness," Hopkins added.

UKHSA said BA.2 is estimated to account for approximately 93.7 per cent of cases in England, with the highest prevalence in the South East (96.4 per cent) and the lowest in the East Midlands (91.1 per cent).

"BA.2 continues to demonstrate a substantial growth advantage. Since the middle of February, this growth rate has settled at approximately 75 per cent higher than other circulating Omicron lineages in England," it added.