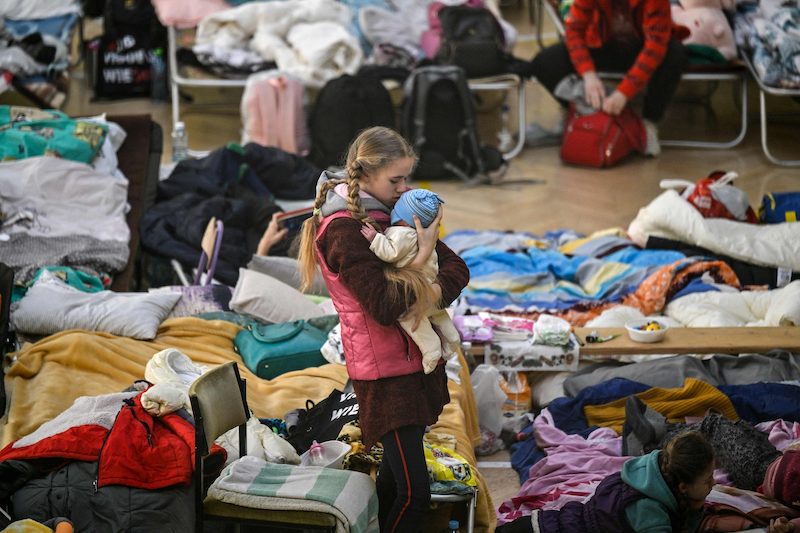 A girl holds her sibling in a temporary shelter for Ukrainian refugees in a school in Przemysl, near the Ukrainian-Polish border on March 14, 2022. LEHTIKUVA / AFP

The United Nations High Commissioner for Refugees (UNHCR) on Sunday said that 10 million Ukrainian refugees have fled abroad or been displaced inside the country in the wake of Russia's invasion.

UN Refugee Agency chief Filippo Grandi said that millions of Ukrainians have been forced to flee their homes due to escalating fights between Russia and Ukraine, reported NHK World.

The office of the UNHCR said that as of Saturday the number of Ukrainians who fled abroad had topped 3.38 million.

It added that nearly two-thirds of the refugees, about 2.05 million, had evacuated to Poland and about 180,000 were sheltering in Russia, reported NHK World.

Meanwhile, the International Organization for Migration said that as of Wednesday, the number of displaced people inside Ukraine was estimated to be 6.48 million.