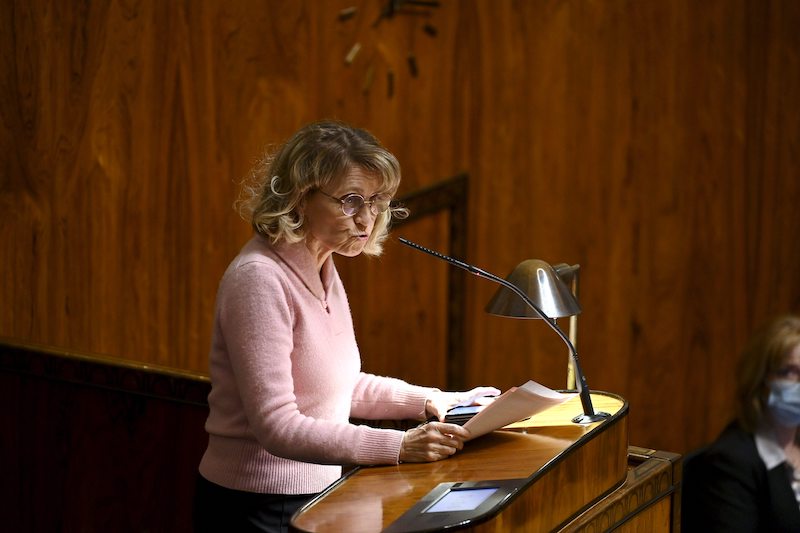 On 24 January, Päivi Räsänen, a doctor, a mother of five and a grandmother of seven, will appear before a Finnish court. The allegation was made in a 2004 brochure featuring marriage and human sexuality, in an opinion on a 2019 radio talk, and in a 2019 post on Twitter.

Finland is a democratic country close to Latvia and for many years has been an example in building and consolidating a democratic society in which every citizen has the right to express their views with dignity based on their religious and philosophical beliefs.

Latvian NGOs believe that the accusations against Päivi Räsänen are unfounded and violate human dignity and freedom of expression! Every citizen of the European Union has the right to express his or her views publicly and to discuss matters of public interest, including, where appropriate, quoting the Bible.

NGOs of Latvia support Päivi Räsänen and appreciate efforts to preserve freedom of expression and religion in Finland, and agree with Päivi Räsänen: “So, now it is time to speak. Because the more we are silent, the narrower the space for freedom of speech and religion grows”.

Police investigations against Räsänen started in June 2019. As an active member of the Finnish Lutheran church, she addressed the leadership of her church and questioned its official sponsorship of the LGBT event ‘Pride 2019’, accompanied by an image of a Bible text. Räsänen has already attended several lengthy police interviews about her views and had to wait over a year for the General Prosecutor to decide whether to continue with the prosecution. That decision was made in April 2021 and ADF International will continue supporting Räsänen’s defense and the right for everyone to freely share their beliefs.

Päivi Räsänen has served as a member of the Finnish Parliament since 1995, and was Minister of the Interior from 2011-2015. She is a medical doctor, mother of five children, and has seven grandchildren.

“Freedom of speech is one of the cornerstones of democracy. The Finnish Prosecutor General’s decision to bring these charges against Dr. Räsänen creates a culture of fear and censorship. If committed civil servants like Päivi Räsänen are criminally charged for voicing their deeply held beliefs, it creates a chilling effect for everyone’s right to speak freely,” said Paul Coleman, Executive Director of ADF International and author of “Censored“.