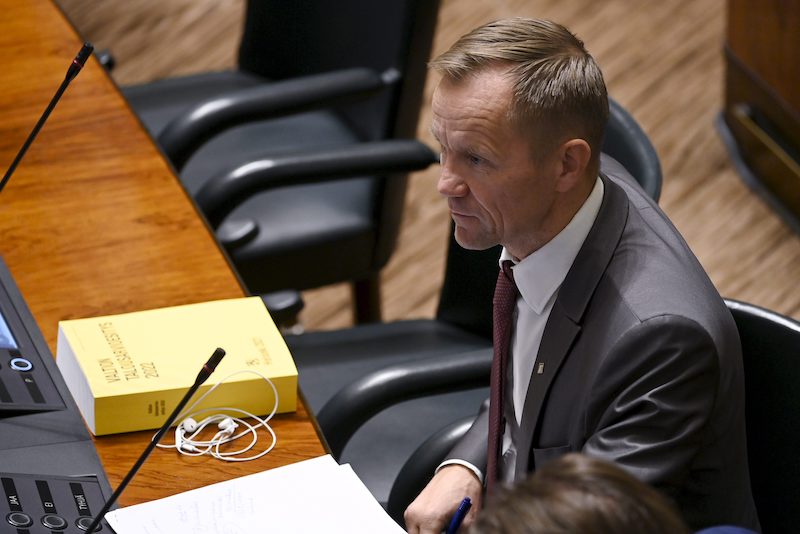 Mika Niikko has written to Riaz Fatyana about the recent death sentence to Zafar Bhatti in Pakistan.

Mika Niikko, Chair of the Foreign Affairs Committee, Parliament of Finland has written to Riaz Fatyana, Chair of the Standing Committee on Law and Justice, National Assembly of Pakistan on the subject of the verdict of death sentence to Zafar Bhatti in Pakistan, who has been held captive since 2012 on accusations of sending blasphemous text messages.

Notably, on January 6 this year Bhatti was sentenced to death under section 295-C of the Pakistan Penal Code although the convicted claims that he is innocent.

Finland and EU Parliament both condemned the death sentence and said that they are concerned whether the sentence is justified and fair after the convict has already spent 10 years in jail.

The letter questioned the Pakistani government if it allows the implementation of the death penalty even if the evidence is debatable.

"Here in Europe, there is no contrast between different religions or people in our justice system. We treat people equally because it's the right thing to do in the eyes of God and of a human. As you know, we have many Muslims here, in Europe. We are working to build tolerance and peaceful coexistence. We intervene if Muslims are oppressed," said the letter.

The letter furthermore said that Finland and the EU (European Union) are following the human rights situation in Pakistan.

It is also conveyed in the letter that there has been EU funding to support the projects for development in Pakistan and therefore Pakistan should work together with the EU to promote justice and advance human rights globally.

"I believe that our common interest as leaders in our countries is to build peace inside of our societies and between all ethnic and religious groups. We as leaders know that hatred will not lead to a good outcome. If I have understood correctly, there is a freedom of religion mentioned in your constitution?," read the letter.