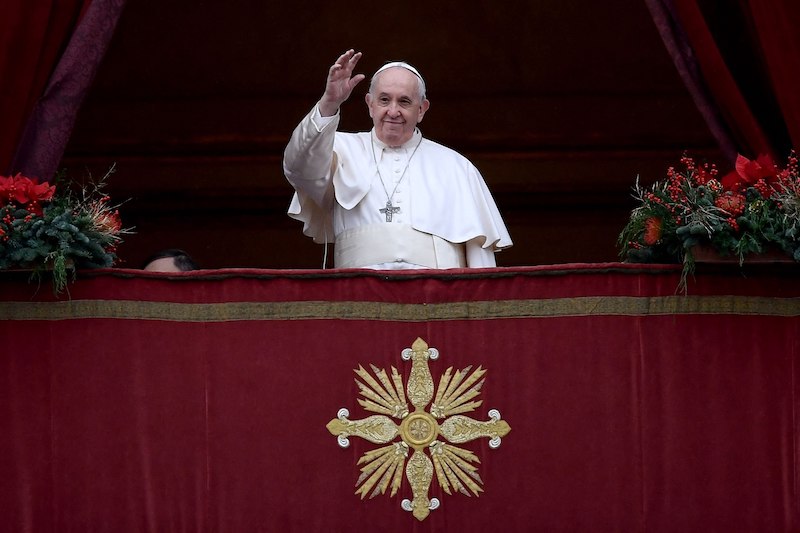 Pope Francis said in his Urbi et Orbi speech for Christmas on Saturday that people should prioritize dialogue and discussion over unilateralism and isolation, including in the resolution of international conflicts such as Syria and Ethiopia.

Delivering the annual address at the Saint Peter's Basilica plaza in Vatican City, the Pope said that the pandemic is putting on test people's "capacity for social relationships," unearthing the "growing tendency to withdraw, to do it all by ourselves, to stop making an effort to encounter others and do things together."

"On the international level too, there is the risk of avoiding dialogue, the risk that this complex crisis will lead to taking shortcuts rather than setting out on the longer paths of dialogue. Yet only those paths can lead to the resolution of conflicts and to lasting benefits for all," he said.

Pope Francis cited the Palestinian-Israeli conflict and the crises in Syria, Yemen, Lebanon, Afghanistan, Myanmar, Ethiopia, Ukraine, Sudan and South Sudan in particular. He also called for "reconciliation and peaceful coexistence may prevail in the hearts of the peoples of the Americas" through dialogue, mutual respect and recognition of each other's rights and cultural values.