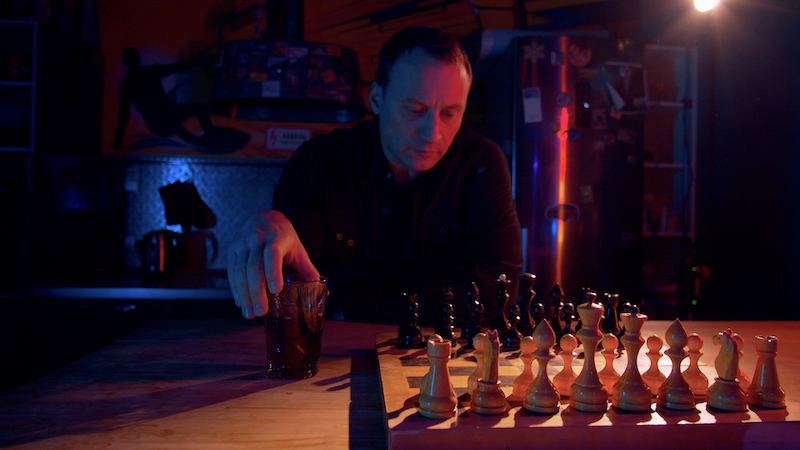 A scene from the film "Quarantine"

The 79th awards of the Hollywood Foreign Press Association will be presented in January 2022 in Los Angeles.

This year has been a difficult one for the film industry and international film festivals. The 2022 Golden Globes were in risk of not being held at all.

Nevertheless, in December 2021 the entries for the Best Non-English Language Film category were named, among which there are many eminent participants such as Almodovar, Verhoeven, Sorrentino, Ozon, Ducournau, Farhadi.

Among the applicants are six films from Finland. All of the films are co-productions, except for the film "The Blind Man Who Did Not Want See Titanic", which was shown at the Venice Film Festival, where it won the audience award. The film is an emotional romantic story about a blind and wheelchair-using man, who decides to travel to the woman he loves. On the way to meeting her, he gets help from strangers. Directed by Teemu Nikki.

Finnish-Russian production "Compartment No. 6" was the winner of the Grand Prix of the main program of the Cannes Film Festival. It is a road movie about a meeting of two lonely people with different mentalities. The main male role is played by well-known Russian actor Yura Borisov. Directed by Juho Kuosmanen.

Auteur cinema is represented by the philosophical film "Quarantine", another Finnish-Russian production, by the young director Diana Ringo. Anatoly Bely played the main role of a man who survived the apocalypse and lives in a bunker.

The film is interesting both in form and in content. This is probably the only film to date that touches on the most acute problems of our time - lockdown and the transition to totalitarianism, which threatens the very existence of life on earth, the fragility of the world and the danger of conformism. "Quarantine" is about the consequences of making a deal with conscience.
The film has a non-linear structure, there are many memorable visual images, and the music, composed by the director herself, creates a unique and mysterious atmosphere.

"Zátopek" is a biographical sports drama about Emil Zátopek, a Czechoslovakian long-distance runner, winner of three gold medals at the 1952 Summer Olympics in Helsinki. Directed by David Ondříček. The film is a co-production between Czechia and Finland.

Also among the Finnish candidates for the Golden Globe are the films "The Gravedigger's Wife" (co-produced with Somalia), directed by Khadar Ayderus Ahmed, and Mads Mikkelsen starrer "Riders of Justice" (co-produced with Denmark), directed by Anders Thomas Jensen. "The Gravedigger's Wife" premiered at the 2021 Cannes Film Festival in the Semaine de la Critique section.

The winners of the award will be announced on January 9, 2022.