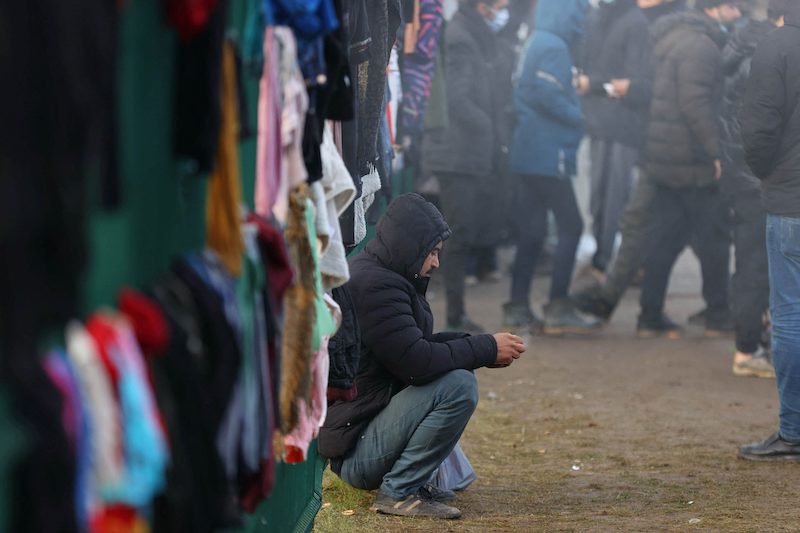 Migrants receive food outside the transport and logistics centre near the Bruzgi border point on the Belarusian-Polish border in the Grodno region on November 22, 2021. LEHTIKUVA / AFP

The European Commission said on Tuesday it proposed to create a legal framework in the EU to counter the use of migrants for political purposes.

"As part of the European Union's united response to state-sponsored instrumentalisation of people at the EU's external border with Belarus, the Commission and High Representative propose today measures to prevent and restrict the activities of transport operators that engage in or facilitate smuggling or trafficking of people into the EU. This will add a new instrument to the EU's toolbox for supporting Member States affected by such hybrid attacks," the commission said.

"To ensure that the EU has the appropriate tools in place to combat the instrumentalisation of people for political purposes, the Commission is proposing a new legal framework allowing the EU to adopt targeted measures against transport operators of any mode of transport (land, air, inland waterways and sea), that engage in or facilitate smuggling or trafficking of people into the European Union," it also said.

The proposals include the restriction of activities, suspension of licenses, suspension of permits for refueling, maintenance, stops, transit and overflight over the EU territory. Specific measures will be proportionate and will be determined on a case-by-case basis, the commission said.