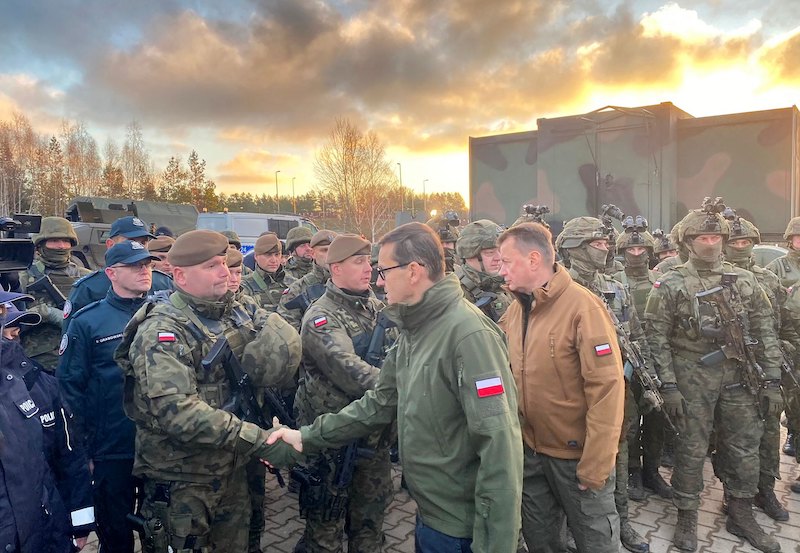 The European Union is running out of sanctions options in its standoff with Belarus over migrants and could create some wiggle room if it scaled them back, Tom Vandendriessche, a member of the European Parliament, told Sputnik.

EU foreign ministers agreed on Monday to expand the scope of sanctionable entities in Belarus, whom it accuses of encouraging migrants to storm the border with Poland, an EU member state. This would be the third round of sanctions imposed on Belarus since the border crisis began in summer.

"Europe can increase its economic pressure and refuse to deliver visas but the sanctions have reached their limits - relations between the EU and Belarus are very limited anyway and there is nothing much that Europe can do now," Vandendriessche, a member of right-wing Flemish Vlaams Belang party, said.

He suggested that the EU could lift sanctions against Belarus' air carrier Belavia, accused of ferrying migrants to Minsk. In return, the Belarusian government could guarantee "reciprocity on the migrants' issue at the border in order to come back to more normal relations," he added.

The lawmaker argued that the EU should counter Belarusian President Alexander Lukashenko's threat to shut down a major pipeline carrying Russian natural gas to Europe by certifying the Nord Stream 2 pipeline. The gas link bypassing Belarus was completed in September but was left in legal limbo by the German energy regulator.

"Since Lukashenko also uses the weapon of energy flows to Europe, the best sanction of the regime would be to open the Nord Stream 2 pipeline on time and have Germany stop fiddling with legal issues to postpone the opening of much-needed gas deliveries from Russia," Vandendriessche stressed.

On the controversial pushbacks of people trying to cross illegally into Poland from Belarus, the lawmaker said that Warsaw's tough line on migrants sent a clear message to Brussels that it needed to revise its open-arms migration policy.

Polish border guards have installed a barbed-wire fence along the border with Poland and fired water cannons and tear gas at migrants as they tried to break down the barriers. The Polish

"Thanks to Poland, it is clear now that Europe needs strong external borders. Frontex must be able to push migrants back, unlike now. No wonder Poland refuses any help from Brussels. We need a new migration pact and to apply Poland's policy of general pushback," Vandendriessche concluded.