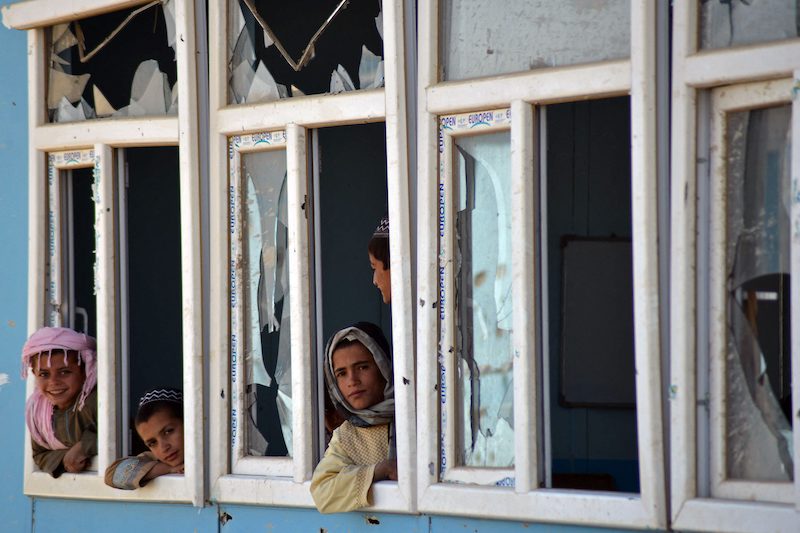 Afghan children look out from the windows of their classroom in a bullet-ridden school at Babro village in Arghandab district. LEHTIKUVA / AFP

The United Nations International Children's Emergency Fund has announced the setting up of a system to fund the Afghan teachers directly without giving money to the Taliban, reported a local media.

Afghan Chief of Education of UNICEF Jeannette Vogelaar said that the registration of teachers of public school with begin to put them in the system, reported Khaama Press citing her interview to a news agency.

This move comes against the backdrop of the blockade of money to the Taliban-led administration by the International community.

The UNICEF has stressed that this is the only way to help to reopen the schools for Afghan girls in the country, according to the news agency.

Notably, the schools and universities have been shut in Afghanistan since the takeover of Kabul by the Taliban.

Earlier, the United Nations Children's Fund (UNICEF) representative in Afghanistan Salam Al-Janabi has said that the agency is waiting to see whether the Taliban will allow girls to access education in the country as high schools for girls in most provinces in Afghanistan remain closed.

"When it comes to girls' education, UNICEF is waiting to see if the rhetoric will match the reality on the ground," the UNICEF representative said. "In most provinces, with the exception of five in the northern region, high schools for girls remain closed," Al-Janabi told Sputnik.

UNICEF calls for opening schools, community-based education classes and universities to all girls and young women, he added.