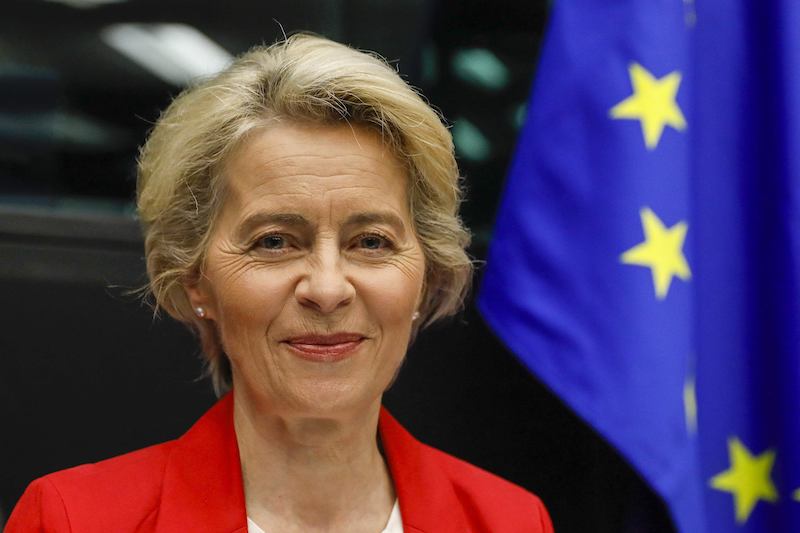 European Commission President Ursula von der Leyen poses prior to the start of the Meeting of the College of Commissioners at the European Parliament in Strasbourg, France, on September 14 2021. LEHTIKUVA / AFP

"We have committed to mobilize at least 1 trillion euros in sustainable investment inside Europe by 2030," von der Leyen told the EU Sustainable Investment Summit 2021.

European Commission President said that the Green Deal policy, aimed at making Europe climate neutral, and renewables are the solution to the problem with growing gas prices.

She also stressed that the European Union should speed up the climate reforms.

"We have to speed up our work on the European Green Deal to become energy independent ... Wholesale gas prices have almost doubled compared to one year ago, by contrast renewables have remained stable, they have even decreased in recent years. The long-term European Green Deal and renewables are the solution to rising electricity prices," von der Leyen said at the EU Sustainable Investment Summit.