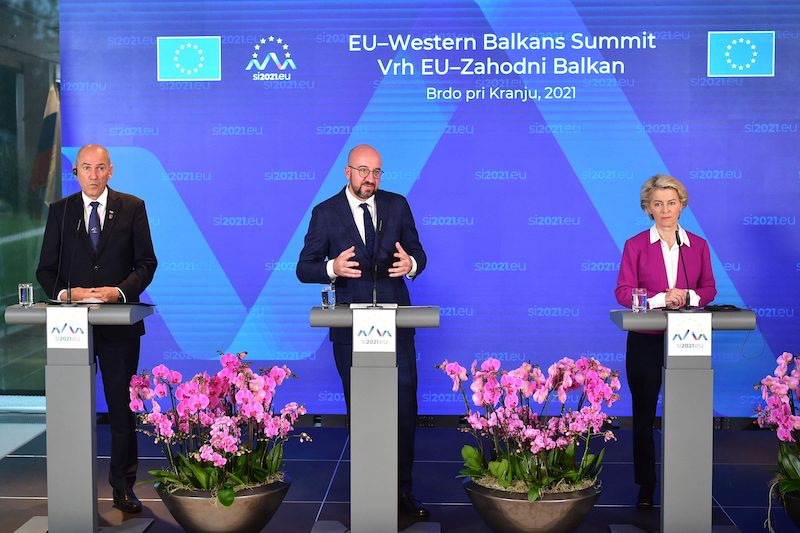 The leaders of the European Union countries discussed on Tuesday updating the EU-NATO declaration on counteracting mutual threats as well as the alliance's new strategic concept, an EU official said.

Earlier in the day, the leaders met for an informal working dinner in Slovenia.

"PEC (European Council President Charles Michel) announced member states will need to agree on a new EU-NATO declaration and the preparatory discussions leading up to a new strategic concept of the alliance," the official told media.

Another important issue at the dinner was the concept of the bloc's strategic autonomy and development of its own defense capacities, the source added.

"A central theme which keeps coming back is strategic autonomy. But this principle also needs to be clear/clarified among member states," the official stated.

In June, the NATO leaders adopted a new strategic concept for the next decade, however, French Foreign Minister Jean-Yves Le Drian said the new Australia-UK-US (AUKUS) defense pact will have an impact on the alliance's strategy in the future. On September 22, French Defense Minister Florence Parly said NATO partners, at the initiative of France and Germany, agreed to revise the strategic concept of the alliance.