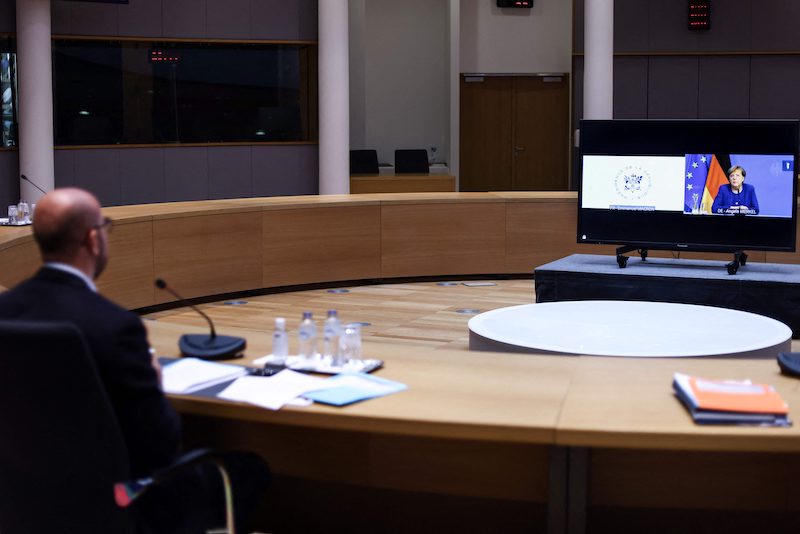 The ifo President Clemens Fuest wants Germany’s next government to show more commitment to European politics. The EU must deepen collaboration with the US but at the same time reduce unilateral dependencies vis-à-vis the US and China, he writes in a guest article in Handelsblatt.

In the eurozone, the new government should oppose a softening of debt rules and work for a balance between solidarity, ownership, and fiscal discipline. This includes requiring banks to back investments in government bonds with equity capital.

The EU must be confident in defending its interests vis-à-vis China, Fuest continues. While some of these coincide with those of the US, others do not. For Europe, China is more important than the US as a partner in trade and direct investment. A second Cold War is brewing between China and the US, Fuest warns. The global dominance of the dollar increases the EU’s dependence on the US and makes the European economy vulnerable to US sanctions. The euro must be strengthened as an international reserve and transaction currency.

In domestic policy, Fuest calls for a change in the taxation of spouses to real splitting and a further expansion of childcare in order to increase employment, especially among women. Such changes are a necessary response to the fact that the number of people of working age is falling as the population ages.

This also makes it important to remove barriers to employment in the tax and transfer system, especially for people who do not earn much: for them, the unfavorable interaction of Hartz IV rules and other transfers ensures that working any more than a part-time job is often not worthwhile. In corporate taxation, accelerated depreciation and better loss offsetting could provide incentives to set up new production facilities and establish innovative companies in Germany. The country must also push ahead with digitalization.

Regarding climate policy, Fuest argues that it is important to promote sector coupling and the Europe-wide system of trading emission rights. Moreover, the new government must ensure progress on important investments in the expansion of infrastructure, such as electric-vehicle charging points and railway lines. He advocates using the carbon price as a tool, saying it is better than prohibitions and requirements that make climate action unnecessarily expensive.

Fuest also calls for more investment in education, start-up assistance, the promotion of property ownership among people with low incomes (for example through hire-purchase models), and an effective competition policy.