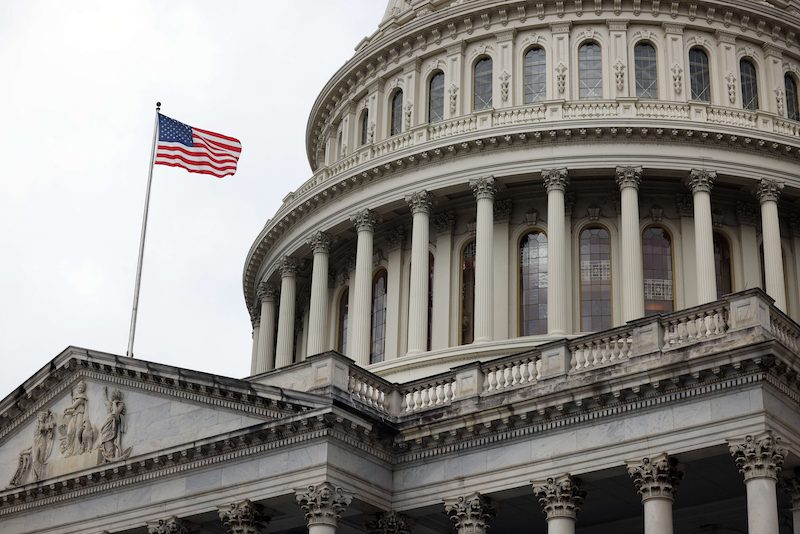 New ECFR polling-backed report reveals a majority of Europeans see a new “cold war” happening between the United States and its international rivals, China and Russia. However, very few in Europe see their own country participating directly in these conflicts – a large number instead see the EU leadership in Brussels as being in conflict with China and Russia.

ECFR’s new survey of 12 EU member states, which collectively comprise over 300 million citizens and account for 80% of the bloc’s GDP, found that while a majority of Europeans see a new “cold war” happening between the United States and its international rivals, China or Russia, very few believe that their country is a direct participant in these conflicts. ECFR’s data reveals that, across Europe, 62% of citizens believe a new “cold war'' is taking place between the US and China, and that 59% see a comparable schism emerging between the US and Russia.

Yet, in both cases, according to the report, Europeans see this as a Brussels-led position, and not one driven by their national government. Across the bloc, ECFR found that just 25% and 15%, respectively, believe that their country is currently engaged in a conflict with Russia or China. The prevailing view, in almost every member state, is that this is “not happening” – with this viewpoint most pronounced in Bulgaria, Hungary, Austria, Portugal and Italy.

The findings contained within the polling-backed report – ‘'What Europeans think about the US-China Cold War'’ – authored by foreign policy experts Mark Leonard and Ivan Krastev, suggest that there is a growing “disconnect” between the policy ambitions of those in Brussels and individual EU member states, and that this could undermine an effective European response in the event of escalating tensions with China or Russia. Pointing to prior ​​ECFR polls, which have revealed growing scepticism about Beijing and an unchanged negative perception of Moscow’s intentions, it cautions EU leaders against adopting a “cold war” framing to the threats posed by China and Russia.

Leonard and Krastev believe that Europeans may “finally be recognising the existence of a common European foreign policy” when it comes to China and Russia, and viewing the EU, rather than their own national governments, as the institution “best placed to defend their interests and values”. However, they concede that such a position carries risk, noting that this gradual shift of responsibility, to Brussels, may be “insulating” Europeans from the “troubling problems” of the modern world.

They note that the hawkishness of Brussels, with respect to China and Russia, runs against the grain of opinion in Europe, and that, if leaders in Washington and Brussels are preparing for an “all of society” generational struggle against autocracies in Beijing and Moscow, they could discover that they “do not have a societal consensus behind them”.

They argue that while political leaders, like the French President Macron, had hoped that an investment in the EU’s collective sovereignty would reduce some of its member states’ over-reliance on the US, the “opposite now seems to be taking place” – and that, ​​in the eyes of most Europeans when it comes to a confrontation with China and Russia, it is Brussels, rather than the national governments, that stands alongside Washington. A cold war framing is likely to repel more voters than it attracts and that policymakers will need to make the case for a strong Atlantic alliance in a new way.

To address this, Leonard and Krastev argue that policymakers should focus less on ideological divisions and the need for alignment, and concentrate on showing how a rebalanced alliance can empower and restore sovereignty to European citizens in a dangerous world.

“The European public thinks there is a new cold war – but they don’t want to have anything to do with it. Our polling reveals that a “cold war” framing risks alienating European voters.

Unlike during the first cold war, they do not see an immediate, existential threat to Europe’s neighbourhood or a sense of ideological cohesion within the free world. Politicians cannot longer rely on tensions with Russia and China to convince the electorate of the value of a strong Atlantic alliance. Instead, they need to make the case from European interests, showing how a rebalanced alliance can empower and restore sovereignty to European citizens in a dangerous world.”

Co-author and Chair of the Centre for Liberal Strategies, Ivan Krastev added:

Polling results are not necessarily a sign of the declining importance of the Western alliance. But it is a signal that, at present EU member states prefer to act as mercantilist powers while outsourcing the defence of principles to the EU. The fact that it is Brussels taking critical positions or imposing sanctions on authoritarian regimes makes Brussels be seen as an American voice in Europe rather than a European voice in the world.”

This report and its recommendations form part of a wider project by ECFR to understand the wants of Europeans, with regards foreign policy. Prior publications from its ‘Unlock Europe’s Majority’ programme include examinations of how the COVID-19 crisis has re-ordered political views and identities over the past 18 months, as well as polling-backed research into European attitudes towards, and expectations of, the United States during the Trump and Biden presidencies.