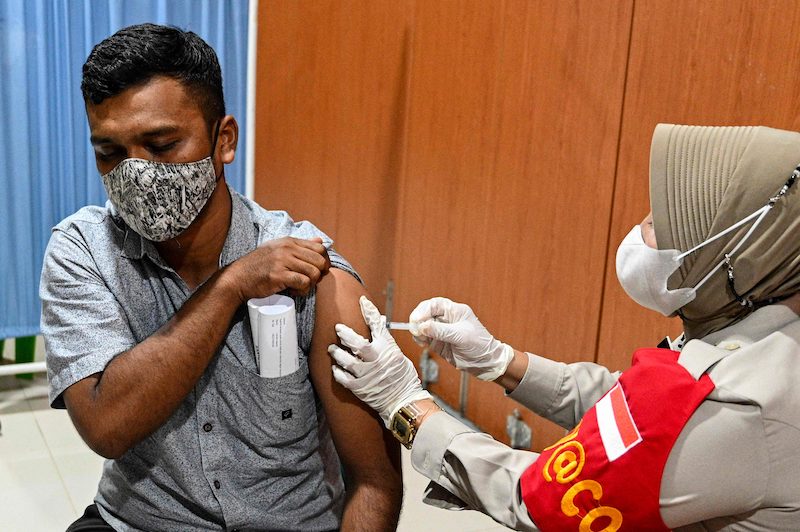 A health worker administers a dose of the Sinovac Covid-19 coronavirus vaccine at a convention hall building in Banda Aceh on July 26, 2021. LEHTIKUVA / AFP

Economic prospects between rich and poor countries have had an even bigger gap due to different approaches to the COVID-19 vaccine, the International Monetary Fund (IMF) said.

In a new assessment of the global outlook, the IMF stated that the world is increasingly divided into two blocs.

It has improved growth forecasts for developed economies for this year, including Britain, but forecasts for many developing countries are weaker than expected, reports the BBC.

The IMF states that there is a division between those countries "that can hope for further normalization of activities later this year (almost all advanced economies) and those that will continue to face recurrent infections and an increasing number of deaths from COVID-19".

The report states that in rich countries, almost 40 percent of the population is fully vaccinated. In emerging market economies (more advanced developing countries) this is less than half and only a "small fraction" in low-income countries.

For rich countries combined, growth is projected at half a percentage point this year. But for the rest of the world, there is a compensatory decline, leaving the global forecast for 2021 unchanged at six percent. An upgrade to 4.9 percent follows next year.

However, the IMF warns that even in countries with a very low level of COVID-19 infection, economic recovery is not ensured as long as the virus is circulating in other countries.