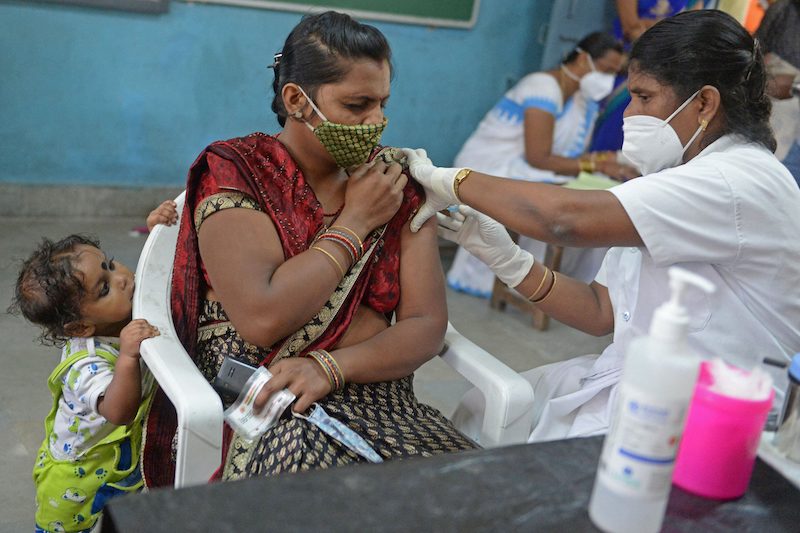 A health worker inoculates a woman with a dose of the Covishield vaccine against the Covid-19 coronavirus during a vaccination drive at a school in Hyderabad on July 12, 2021. LEHTIKUVA / AFP

Mixing and matching COVID-19 vaccines from different manufacturers is a "dangerous trend" and could lead to chaos as there is limited data on it on practice, World Health Organisation (WHO) chief scientist Soumya Swaminathan said on Monday.

Addressing a COVID-19 media briefing, Swaminathan said, "Really want to caution folks, because there is a tendency now for people in countries which enough availability of vaccines to voluntarily start thinking."

"So it's a little bit of a dangerous trend here where we're in a data-free evidence-free zone as far as a mix and match there is limited data on mix and match. There are studies going on, we need to wait for that," she added.

On the question of booster shots, WHO chief scientist said it will be a chaotic situation in countries if citizens start deciding when they should be taking a second, or a third, or a fourth dose.

"We have four countries that have announced a booster program, and a few more that are thinking about it. If 11 high and upper-middle-income countries decide to some of them are large countries that they will go for a booster for their populations or even subgroups. This will require an additional 800 million doses of vaccine."

Stressing on the need to prioritise vaccines, Swaminathan said there are still countries where the frontline and health care workers have not been vaccinated and the elderly and the vulnerable."

The world has so far witnessed over 186 million cases and four million deaths due to the virus, according to the Johns Hopkins University's data.