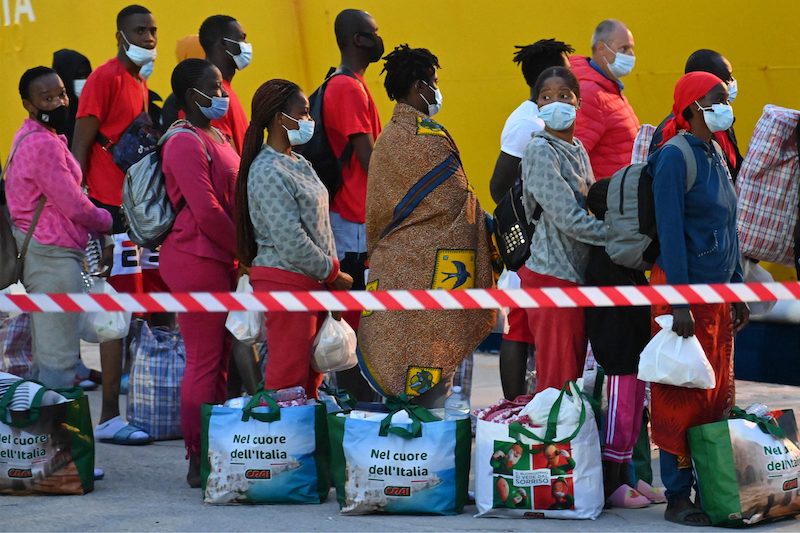 International travel restrictions significantly reduced migration to Finland in 2020. The number of residence permits issued was lower than in the previous year and the number of asylum seekers fell considerably. The situation was similar also in the rest of Europe. This information is reflected in the recent reports by the European Migration Network (EMN).

In 2020, the global COVID-19 pandemic affected nearly all aspects of international migration in Finland and around the world.

“Family was still the most common reason for moving to Finland. The number of asylum seekers entering Finland decreased significantly in 2020 compared to the previous years, the majority of asylum applications were subsequent applications,” says senior specialist Tuukka Lampi from EMN Finland.

The number of unaccompanied minors increased slightly from the previous year, but this was partly due to the Government’s decision to move asylum seekers from Greece to Finland. No quota selection visits were made by Finnish officers in 2020 due to the COVID-19 pandemic. Nevertheless, even during the pandemic, Finland continued to receive quota refugees and refugee selections were made using remote interviews and based on UNHCR documents.

Iraqis became the largest group of applicants in the citizenship applications. Many of the Iraqi and Syrian refugees who arrived in 2015 satisfied the four-year minimum residence requirement, which was reflected in the applicant statistics.

The effects of the pandemic were also reflected in politics, for example as temporary legislative changes and various special arrangements aimed at alleviating the situation of both migrants and migrant-dependent sectors.

For example during the period 9 April 2020 – 31 October 2020, more flexible regulations were in effect concerning the right of third-country nationals to work in duties central to the security of supply and to the functioning of the labour market.

In integration policy the age limit of after-care was increased to 25 years to improve the position of young asylum seekers.

“A record-high number of applicants were admitted to the assistance system for victims of human trafficking. Most of them were victims of forced labour. It is also worth noting that the number of people admitted to the assistance system was higher for those who had become victims of human trafficking in Finland than abroad. One significant political reform was the establishment of a police unit specialising in crimes involving trafficking in human beings. The unit is scheduled to become operational this year”, says Lampi.

The importance of cooperation in the EU was highlighted

As a result of the COVID-19 pandemic, the number of legal immigrants and asylum seekers arriving in the EU also fell significantly in 2020 compared to the previous year. This is reflected in the EU-level synthesis report published today. EMN will organize a launch webinar which can be accessed via this link: https://youtu.be/re5c5QL9Hk4

In some countries, the COVID-19 pandemic led to the introduction of new electronic systems and digital tools to support asylum and migration processes, when immigration agencies had to close their doors during the restrictions.

The Commission's new Pact on Immigration and Asylum presented in 2020 underlines the importance of effective and efficient procedures, systems and cooperation in all areas.

With regard to legislation and EU policy, particular attention was paid to the protection of asylum seekers and refugees, in particular minors and other vulnerable groups.