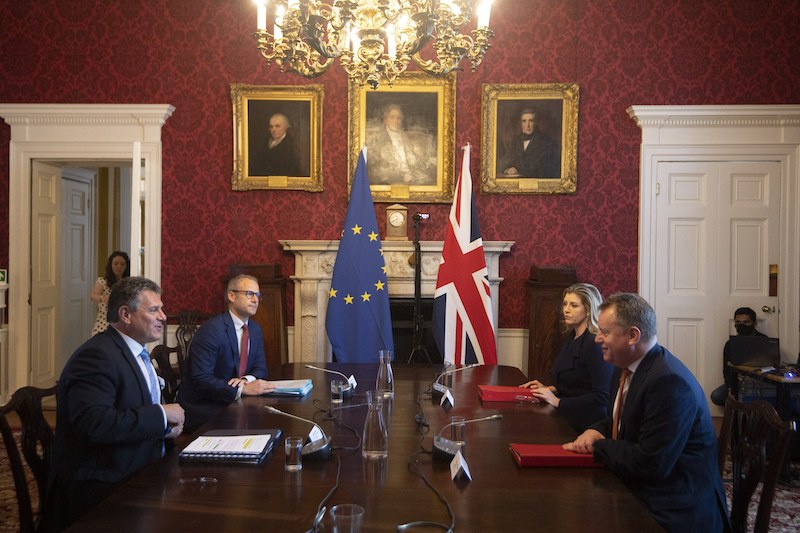 Europe Minister Jenny Gilruth has expressed concern about the current state of UK and EU relations following the EU-UK Partnership Council, which met for the first time this morning, and the subsequent meeting of the Withdrawal Agreement Joint Committee.

The Minister has also stressed the importance of meaningful engagement of the Scottish Government by the UK Government in EU-UK discussions.

The devolved Governments were invited to the Partnership Council by the UK Government, but not in a speaking role.

The Withdrawal Agreement Joint Committee, between the UK and the EU, was also held today - but neither the Scottish or Welsh Governments were invited.

“Through the long and ill-fated Brexit talks, we consistently urged the UK Government to meaningfully involve the Scottish Government in negotiations.

“That did not happen and now Scotland, which did not vote for Brexit, is facing the damaging consequences of the UK Government’s hard Brexit deal.

“Scotland, therefore, is not a bystander or a mere observer in these talks – the Scottish Government should have its voice heard and its concerns listened to by the UK Government, and our views taken into account and acted upon.

“The Scottish Government will always be a voice for a cooperative and positive relationship, which is in everyone’s interests.

“We remain deeply concerned about the current state of the relationship between the UK and the EU, and wish to contribute fully to a more functional and inclusive way forward on these profoundly important issues which directly impact on the lives and livelihoods of the people of Scotland.”