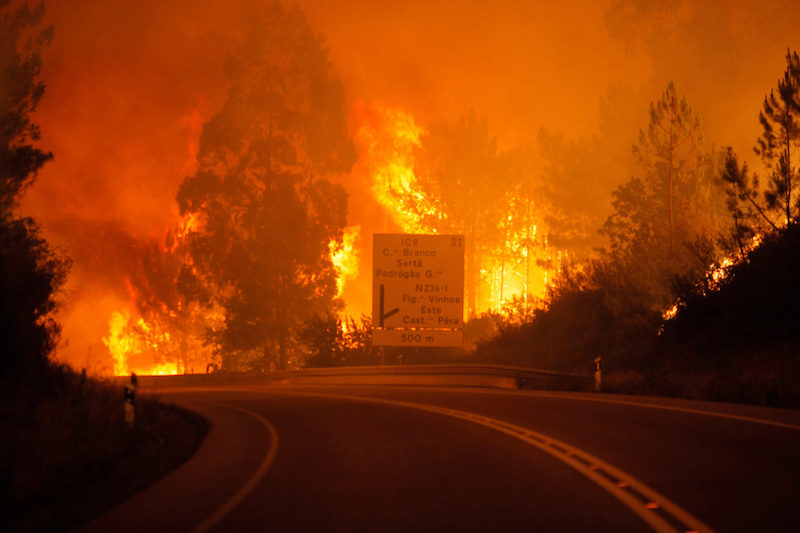 As the European Court of Human Rights considers a landmark case on climate change brought by six young people from Portugal against 33 European countries, Amnesty International and other human rights organizations and academics have intervened in the case today. They have provided the Court with legal arguments on how government climate policies must protect the rights of people outside their borders.

The Court will decide on whether it agrees to proceed with the case filed not only against Portugal, where the applicants live, but also 32 other countries - which comprise of EU members as well as Norway, Russia, Turkey, Switzerland, UK and Ukraine.

“The climate crisis does not respect borders and our laws and policies must reflect this. To ensure justice for people most affected by heatwaves, drought and forest fires – particularly children – states must be required to tackle climate change and its impacts at home and abroad,” said Ashfaq Khalfan, Amnesty’s Law and Policy Director.

“Governments can no longer act as if people outside their borders do not matter when they design their climate policies.”

The crowdfunded case, Duarte Agostinho and others v. Portugal and others, in which the group is intervening, has been brought by six youth from Portugal who are accusing 33 European countries of violating their human rights, including their right to life, by not taking adequate steps to limit greenhouse gas emissions.

“Those affected by climate change should be allowed to make claims against governments other than their own. If governments are only required to act on the rights of people living within their borders, it is easier for them to ignore the impacts on people in the most affected countries and be more lethargic in their work to reduce greenhouse gas emissions” said Professor Mark Gibney, of the University of North Carolina Asheville.

If allowed to proceed, the case could set an important precedent, clearing the way for other climate lawsuits based on human rights arguments.

“This case is also important to ensure governments are required to design climate policy in a way that recognises the particular climate risks to children and take the ambitious climate protection measures needed to protect their rights,” said Gamze Erdem Türkelli, of the University of Antwerp.