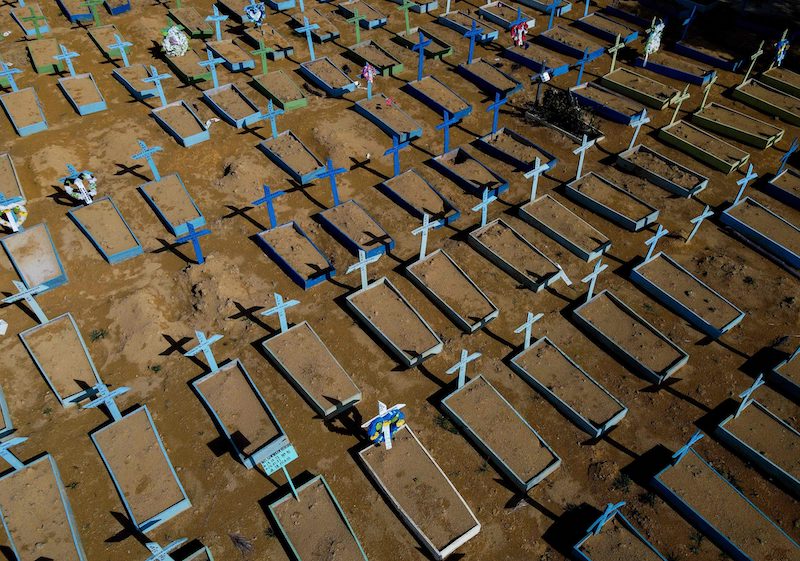 Aerial view of the graves of COVID-19 victims at the Nossa Senhora Aparecida cemetery in Manaus, Brazi, on April 15, 2021. LEHTIKUVA / AFP

Global COVID-19 deaths have crossed the 3 million mark, according to the latest update by Johns Hopkins University on Saturday.

As many as 79,739,004 patients worldwide have recovered from the disease, according to the live dashboard.

The US continues to be the worst-affected country in the world reporting 31,575,640 cases. India, according to the tracker is the second-most affected country from the virus after the US reporting over 14.5 million cases.

The US has the highest death toll from COVID-19 in the world reporting 566,224 deaths.

There have been now seven consecutive weeks of increasing Covid-19 cases and four weeks of increasing deaths globally, Tedros Adhanom Ghebreyesus, director-general of the World Health Organization, said last week adding that the coronavirus pandemic is 'long from over'.

The WHO chief noted that several countries in Asia and the Middle East have seen large increases in cases. This is despite the fact that more than 780 million doses of vaccine have now been administered globally, he said.