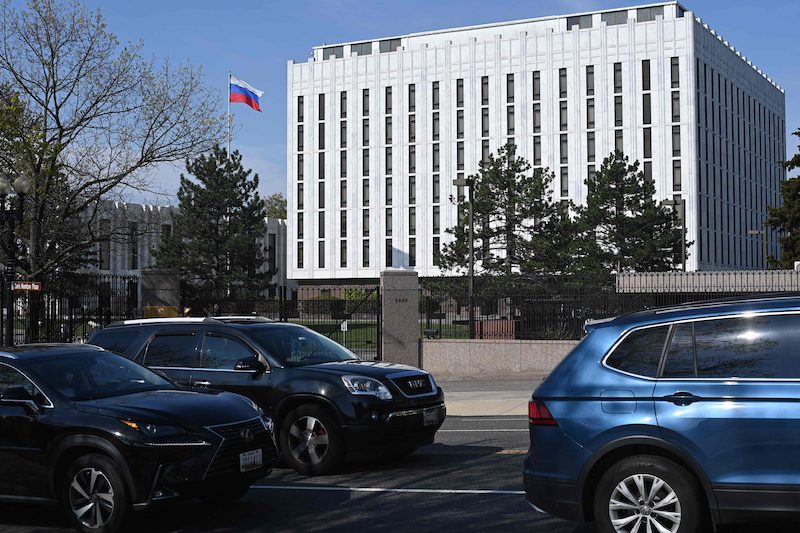 The Biden administration on Thursday announced economic sanctions on Russia over cyberspying and election meddling. Simon Miles, an assistant professor in the Sanford School of Public Policy at Duke University and an expert on Russia and the former Soviet Union, is available to comment.

"This is a critical time in relations between the United States and Russia. Not only has the U.S. intelligence community shown the Kremlin’s role in the recent SolarWinds cyber espionage operation and meddling in the 2020 U.S. presidential election, but tens of thousands of Russian troops are massing on the Ukrainian border, in all likelihood with malice aforethought and in sufficient numbers to mount an incursion,” says Simon Miles, an assistant professor in the Sanford School of Public Policy at Duke and an expert in Russia and the former Soviet Union.

“The news of sanctions and expulsions of diplomats will generate the headlines today, but observers should pay equally close attention to the president’s offer to his Russian counterpart to meet and discuss the many issues of contention between Washington and Moscow.”

“The United States will need all the carrots and sticks it can bring to bear in order to make progress in relations with Russia. The steps announced by the Biden administration will have an impact, but they are also measured and reversible. The challenge facing Biden and his national-security team now is persuading the Kremlin to take steps which might justify walking those sanctions back.”

“U.S. sanctions’ track record when it comes to Russia is not exactly promising, as Russia has adapted to them, rather than taken steps to seek relief. Going after Russia’s sovereign debt will likely cause more pain than those past efforts; but Russia’s debt is not sizable, and rising oil prices are a boon for its economy.”

“Meanwhile, it is hard to imagine that U.S. allies — especially in Kyiv — take much solace in the administration’s announcement that it will end the U.S. military presence in Afghanistan this fall. Not only will they wonder about the longevity of Washington’s commitment to them, but they will also likely watch warily as Russia fills the void — beyond paying militants bounties for U.S. soldiers killed — and expands its presence in the Middle East.”

“These sanctions send the right message, but more work than tit-for-tat retaliations is needed if this crucial relationship is to become more stable and productive.”