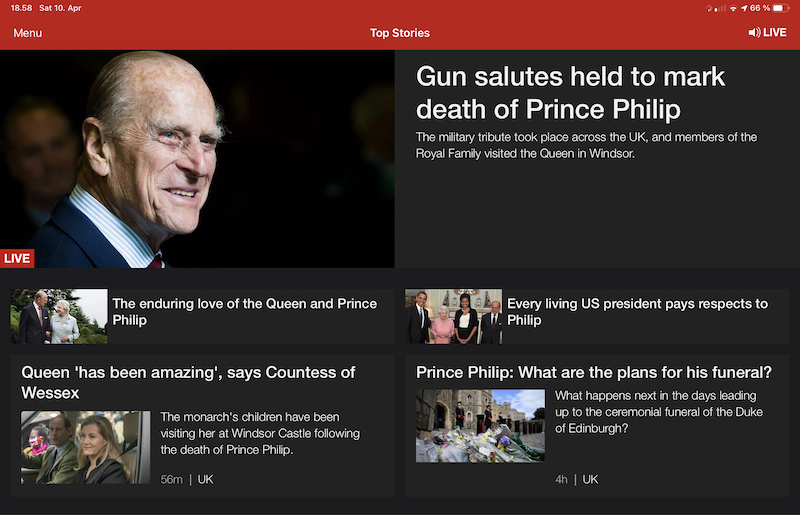 The BBC has been forced to open on Saturday an online complaints page after being flooded with messages from viewers accusing it of excessive coverage of Prince Philip's death.

"We're receiving complaints about too much TV coverage of the death of HRH Prince Philip, Duke of Edinburgh. To register a complaint without having to complete our webform or provide any details - apart from your email address (which we'll use to send you our response) - visit this BBC Complaints Page," the broadcaster said in a message posted on its official website.

After announcing the death of Queen Elizabeth II's husband on Friday, the BBC cancelled its scheduled programming to air specials about the Duke of Edinburgh and the royal family.

Many viewers also took to social media to express their irritation with the wall-to-wall coverage.

"Way over the top coverage of the death of Prince Philip. Not necessary to have the same programme on BBC1 and BBC2 simultaneously. Just rank overkill," one Twitter user wrote.

Prince Philip passed away at the age of 99 on Friday morning at Windsor Castle, according to Buckingham Palace's statement.

The husband of Queen Elizabeth II will lie in rest at the castle ahead of his funeral, which will take place at St George's Chapel, also in Windsor, in a date yet to be announced.

In line with his wishes, the duke will not have a state funeral and there will be no lying-in-state, the Royal College of Arms said.