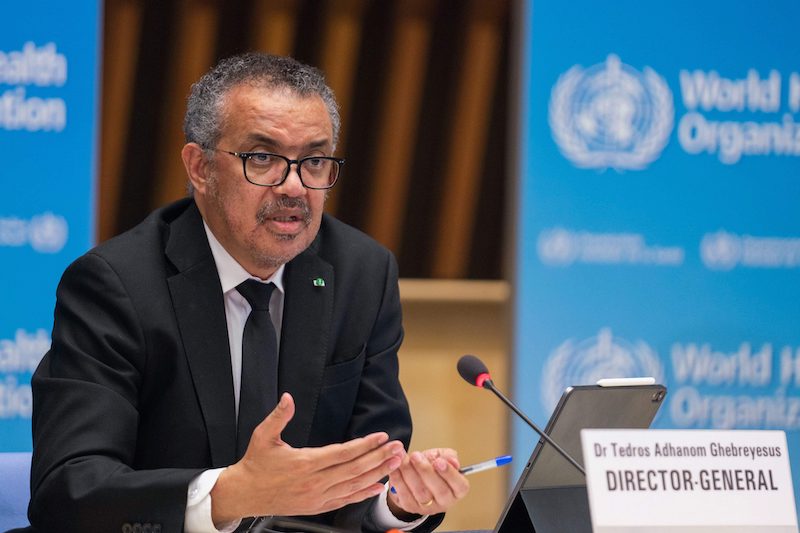 Global leaders have called for a new treaty to help the world prepare for future pandemics, in a warning against rising vaccine nationalism.

It is a question of "not if, but when" the next health crisis will strike, warned a joint letter signed by over 20 national leaders, including France's Emmanuel Macron, the UK's Boris Johnson and Germany's Angela Merkel in a, published in several media outlets on Tuesday.

However, China and the United States were not part of the group.

"The COVID-19 pandemic is the biggest challenge to the global community since the 1940s. At that time, following the devastation of two world wars, political leaders came together to forge the multilateral system," they wrote.

The piece calls for greater international co-operation and says countries should avoid isolationism and nationalism.

"There will be other pandemics and other major health emergencies. No single government or multilateral agency can address this threat alone. The question is not if, but when. Together, we must be better prepared to predict, prevent, detect, assess and effectively respond to pandemics in a highly coordinated fashion," the leaders added.

They pointed out that the Covid-19 pandemic has been a stark and painful reminder that nobody is safe until everyone is safe.

According to CNN, the warning comes as countries and trade blocs continue to clash over vaccine supply.

Some of those who signed the letter have been involved in recent sniping over vaccine shipments.

The European Union and the UK are in a long-running war of words over drugmaker AstraZeneca's contracts to supply its shot, while some member states of the bloc have repeatedly expressed their frustration with the bloc's stuttering vaccine rollout.

CNN further reported that the group which signed Tuesday's article struck a markedly different tone, stressing that unity and co-ordination was key for future pandemics.

Among its authors is World Health Organization (WHO) chief Tedros Adhanom Ghebreyesus, who has previously warned against vaccine nationalism and a "me first" approach to inoculation.

The leaders wrote that they are "committed to ensuring universal and equitable access to safe, efficacious and affordable vaccines, medicines and diagnostics for this and future pandemics."

The leaders also called for nations should work together towards a new international treaty for pandemic preparedness and response.

As of Tuesday, more than 127 million coronavirus cases have been officially recorded worldwide, according to Johns Hopkins University's tally. The deadly pathogen has killed more than 2.7 million people and has brought parts of the world to a near standstill over the past year.